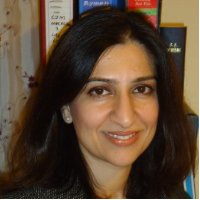 @DrSairahQureshi
Dr. Sairah Qureshi
Title: Founder and CEO of Action Against Bullying
Research Topic: Perceptions of Schools Bullying and Racist Bullying in a Northern City
Institution: University of Northumbria at Newcastle
Committee Chair:  Peter Francis
Abstract: Academic research on school bullying has revealed that it is a significant and growing issue in contemporary society. Nevertheless, a problem remains in accurately measuring the extent of school bullying, in addition much less still is known about racist bullying. Current government legislation requires that all schools implement various procedures in order to handle bullying both in and out of the school vicinity. All schools employ numerous intervention mechanisms to record incidents, support victims and raise awareness about the impact of bullying, with the intention of encouraging victims to speak out.

Much academic research is informed by quantitative research methodologies and undertaken from a broadly psycho-educational perspective. However, this approach fails to not only explore pupils‟ perceptions and experiences in depth; it fails to encompass the ongoing and cumulative nature of bullying in the lives of students. The aim of this study is to critically explore the perceptions and experiences of bullying and racist bullying in three schools in a Northern city using data collected from pupils and adults, through focus groups and semi-structured individual interviews with pupils in years 7 to 9. The field work was carried out between November 2005 and June 2006 and a total of fifty one interviews were conducted.

Three themes constitute the findings of this study. Firstly, pupils identify the nature and characteristics of bullying and racist bullying to be the same, yet explanations for both acts differ markedly. Bullies are held responsible for their actions; however, victims of racist bullying are seen to be responsible for their own victimisation, due to the common conviction that they hold an unfair advantage over the indigenous white working class community. Secondly, tolerance towards victims of racist bullying differed substantially between schools, suggesting that various socio-economic factors play a substantial role, implying that the understanding of such actions is a consequence of the subject’s own life experiences. Thirdly, despite the implementation of anti-bullying procedures, victims largely prefer to remain silent and peers prefer not to intervene. Most pupils prefer a combination of sanctions and preventative measures implemented over the long term, yet desire immediate and often harsh punishment. The PhD recommends a need for an increase in school response that is informed by restorative whole school and emotional literacy approach.