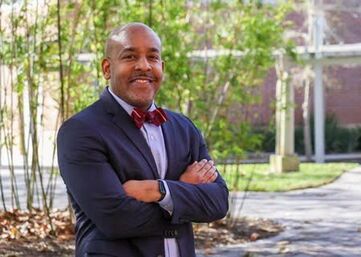 @LarryJWalker2
Dr. Michael A. Robinson: Dr. Walker, in your recently coauthored an article, A Framework for Race Related Trauma in the Public Education System and Implications for Black Youth. You recommended limiting a School Resource Officer’s (SRO) involvement with discipline.  Why are you offering that recommendation and how do you think the incident involving the arrest of a 6-year-old Black girl would have played out differently?

Dr. Larry J. Walker: Several studies assert that Black students are more likely to be verbally reprimanded, suspended, and expelled in contrast to White students. Besides, they are punished for minor infractions. Consequently, they interact with school resource officers (SROs) far more often than their classmates. The nation has watched viral videos of aggressive tactics used against Black youth. I have witnessed similar troubling incidents as an educator. The school had a responsibility to ensure that the student's behavior was addressed by utilizing various methods. Also, it appears that the school did not contact the student's grandmother to understand why she was struggling. Before the officer’s arrival, the student was calm. The arrest was traumatizing and will have a short and long term impact on the student's well-being. If the teacher and leadership team had communicated with the family, they could have avoided alerting the SRO.

Dr. Michael A. Robinson:  Dr. Walker, you described the arrest of the 6-year-old Black student as “unacceptable, a system-wide failure that highlights the challenges black students encounter in schools throughout the nation.” Where are some of the various points of failure of the system? And what role does the schoolhouse play in this system of failure as you describe?
​
Dr. Larry J. Walker: The police department has a policy that children under 12 should not be arrested without approval from a supervisor. The officer did not follow protocol and the school failed to enforce this policy. Further, what procedures does the school have in place to mediate student behaviors? Increasingly schools are implementing yoga and other mindfulness activities. Additionally, communicating with the family to understand if a student is experiencing changes at home and/or in the community is critical. If you watch the video when the officer arrives an adult simply says she has to leave with the SRO. The comment is unacceptable. It is an overall failure to follow guidelines and protect the student's rights.

Dr. Larry J. Walker is a researcher focusing on issues that affect the academic performance and socio-emotional functioning of students throughout the education pipeline. He is a previous congressional fellow with the Congressional Black Caucus Foundation and legislative director for former Congressman Major R. Owens