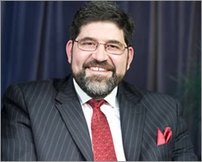 At the age of 12, Dr. Andres Alonso emigrated to the United States from Cuba with his parents. Originally speaking no English, he attended public schools in Union City, New Jersey, and ultimately graduated Magna Cum Laude and Phi Beta Kappa from Columbia University. Dr. Alonso went on to earn a J.D. from Harvard Law School and practiced law in New York City before changing course to become an educator. In 2006 he was awarded a Doctorate in Education from Harvard University. From 1987 to 1998, Dr. Alonso taught emotionally disturbed special education adolescents and English language learners in Newark, New Jersey. He worked at the New York City Department of Education from 2003 to 2007, first as Chief of Staff and then as Deputy Chancellor for Teaching and Learning, working closely with the Chancellor in planning and implementing the reform of the largest educational system in the nation On July 1, 2007, Dr. Alonso was named CEO of Baltimore City Public Schools (City Schools), and immediately launched a series of innovative programs. In the first two years of his tenure, Baltimore City students reached their highest outcomes in state exams, across all categories of students. After elementary students made Adequate Yearly Progress across all No Child Left Behind subgroups for two consecutive years, City Schools exited “Corrective Action” status in 2009. The district also made significant steps toward disengagement in its 25-year-old special education lawsuit, and enrollment in City Schools increased for the first time in decades. Dr. Alonso’s achievements have been recognized by newspapers and other prestigious organizations in the community.