Dr. Joya Crear
Renowned Scholar
Student Affairs, Inclusion and Diversity
Revisits the 1989 Howard University Student Protest and Why the Fight Has to Continue 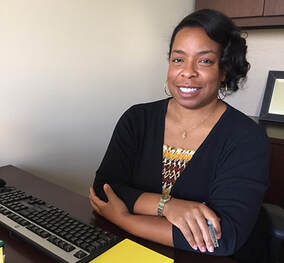 @PhDJAC
Dr. Mike Robinson: Dr. Crear, were you part of the 1989 historic Howard University student protest?
Dr. Crear: I was very active during this time on campus with the student government, the pleas with the administration about our needs, and the eventual take over of the Admin “A” Building.

Dr. Mike Robinson: What was the impetus of the 1989 student protest?
Dr. Crear:  At that time, tuition was scheduled to increase by almost 6% the following year. Residence halls needed attention, and students didn’t have enough on-campus or near-campus housing for undergraduates, yet the university was building graduate housing. Lastly, Lee Atwater was joining the Board of Trustees. He was a staunch conservative Republican who had a record that did not support HBCUs or students of color. There was a genuine concern that he would shift Howard away from its mission and purpose to be a source of Black excellence and service for the Black diaspora and beyond.

Dr. Mike Robinson: What was the outcome of the protest?
Dr. Crear: Tuition was raised a little over 2% the following year. Lee Atwater did not join the Board, and the proposed graduate housing complex allowed juniors and seniors to live there (The Towers) when it opened in addition to graduate students that fall semester.

Dr. Mike Robinson:  Have you been keeping up with the current student protest at Howard University?
Dr. Crear: Yes- I have been in contact with numerous alums, and social media has provided a window to campus. And, of course, the university has issued official statements to the alumni as well.

Dr. Mike Robinson:  Can you share the issues that have resulted in the student protest?
Dr. Crear:  Only know what I have read on social media posts from current students and alumni regarding safety, living conditions, and changing the composition of the Board of Trustees, eliminating student, alums, and faculty voices..

Dr. Mike Robinson:   Do you have an opinion on the recent decision by Howard University to remove student and faculty representation from the BOR? Was this not one of the significant victories from the 1989 student protest?
Dr. Crear:  Having the representation of current faculty and student voices on the board assists to keep the Board focused on present concerns and questions. The elimination of those roles limits accountability and transparency beyond those who serve on the Board.

Dr. Mike Robinson: What do you say to administrations and other campus leaders who believe student protests are counter-productive?
Dr. Crear:  Colleges and universities have to honor their commitment to educating students. Educating them in the realm of social justice, including activism, should be a part of the curriculum. Many institutions were established as living protests to inequities in the US based on race, religion, gender, etc. University leadership is uncomfortable when students (or anyone) protest. It suggests that institutions are failing in certain areas, and protests shine a spotlight on potential institutional shortcomings.

In many cases, students have pled their cases in various pockets of the campus BEFORE any protest or public messages are shared. This was certainly the case with us in 1989. Taking over the A- Building, as we called it, was the last resort in a series of discussions with university leadership. The protest is like a full-court press to use a basketball analogy.

Dr. Mike Robinson: What advice would you offer student protestors? And how did the 1989 protest impact your college and post-graduate experiences?
Dr. Crear: My advice to students is to think strategically and resist the temptation to be impulsive. Back in 1989, there were numerous attempts to plead our case over many weeks. In hindsight, I’m confident that administrators realized the protest was inevitable, given the lack of willingness to negotiate when approached weeks earlier. We entered the building after discussing legal implications, considering the need for food and water AND what happens when the protest ends. We agreed that our grades could not drop as a result of the protest to ensure that we would not be our own downfall at the end of the semester.

It was a pivotal moment in my life. I had engaged in student government, boycotts, and political campaigns in high school, but this moment allowed me to be lean into leadership and decision making. I am proud of our accomplishments decades later. That entire spring semester shaped my deep understanding and compassion for the students protesting today.

Dr. Mike Robinson: You are a member of the organization Ladies of Howard University. What can you share about the organization, and has there been an official statement regarding the student protest at Howard?
Dr. Crear: The Ladies of Howard University is a dynamic community of over 11,000 women established in March of 2020. The group is open to all women of Howard - students and alumnae of all ages- and we exist to celebrate and care for each other, support our alma mater, and pay it forward to the next generation of Howard women. We have raised over $70,000 since summer 2020 and have given away two $5,000 scholarships in the spring of 2021. In addition, we have held social events including “I Eat No for Breakfast” virtual brunch hosted by celebrity chef and Howard university alum Carla Hall. The title of this event was our way of celebrating Vice President Kamala Harris who also graduated from Howard. This group has been the highlight of many members who desired a sense community during the pandemic both virtually and in-person.

In support of the current student protest the Ladies of Howard University did a coordinated social media blitz on Friday, October 14th with the post below:​

Dr. Joya Crear, assistant vice president for student affairs, has been named acting vice president for inclusive excellence in the Office of Institutional Diversity and Inclusion, Provost Kimo Ah Yun announced today. Crear will start in her new role on Sept. 1, following Dr. William Welburn’s retirement.
Crear, who joined Marquette in August 2017, helps lead the Division of Student Affairs’ work in community service, diversity, assessment, leadership development and mission integration. She has received the 2019 JASPA Outstanding Commitment to Diversity and Social Justice Award and Marquette’s Difference Maker Award for her work developing the RISE program, an orientation for multicultural and underrepresented students.
​
“Dr. Crear has a successful record of helping to move Marquette University forward in its efforts to be a more diverse and welcoming place for all,” Provost Ah Yun said. “Through her leadership in the Division of Student Affairs, particularly with the RISE program, she has repeatedly demonstrated the ability to build rapport and trust with students and faculty. Dr. Crear is the ideal person to lead the Office of Institutional Diversity and Inclusion during this transition.”
“I am honored to serve in this role for Marquette University and build upon the great work of the Office of Institutional Diversity and Inclusion,” Crear said.
Crear has nearly 20 years’ experience in student affairs leadership, particularly in the areas of diversity and inclusion, counseling and crisis intervention, strategic planning, and student retention strategies. Prior to joining Marquette, she was the associate dean for student affairs at George Mason University. Crear holds a doctorate in counseling psychology from The Pennsylvania State University, as well as bachelor’s and master’s degrees from Howard University and the University of Wisconsin-Madison, respectively.