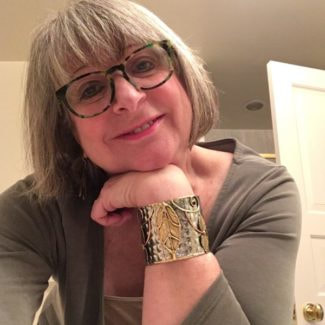 @KarenGrossEdu
Dr. Michael Robinson: What are your thoughts about the NFL and Jay-Z’s partnership?
Karen Gross: One has to wonder why this partnership meant so much to Jay-Z.  Might it just be control over NFL half time show entertainment?  Isn’t that the real deal here and Kaepernick is just a side issue now rather than front and center for Jay-Z?  NFL got two for one deal here.

This sadly reminds me of Steve Ross and Equinox and Soul Cycle (ironic name right now) and Trump fundraiser.  You can’t have it both ways.

Dr. Michael Robinson: Do you think Jay-Z was right when he said we have moved past kneeling?
Karen Gross: We have not moved past kneeling.  Please. If we had, Kaepernick would be playing.  Think high school.  Think pressure to stand.  Think money.  No — kneeling is not passé.

Dr. Michael Robinson: And to want extent do you think now that Jay-Z is in partnership with the NFL more entertainers will end their personal boycott and participate in events such as the half-time show of the Super Bowl?
Karen Gross:Time will tell whether boycott will hold. Dollars speak.  So does Jay-Z’s influence over a young entertainer’s future.  I worry about role modeling and messaging with young people about how easy it is to sell out and be bought out. Keeping one’s values is hard work. Speaking truth to power is hard work.  League bought peace perhaps; I think they went about spending big dollars to buy a clearer conscience.  Doesn’t work that way.

And the role of Kraft is laughable if true; he frequents massage parlors filled with exploited women and brokers racial peace?  Who is the fool here?  Those who believe the NFL wants harmony.

Dr. Michael Robinson:  Finally, does this allow the NFL to move away from the Colin Kaepernick conversation?
​Karen Gross:  I think the NFL thinks it can now move on.  I have a different view.  Wouldn’t we all be better and wiser and smarter if one team hired Kaepernick and that was a celebrated moment with kneeling?  Just saying.

Karen Gross:  Has anyone seen the latest news that Jay-Z is about to become a majority owner of an NFL team?  Was that part of the quid pro quo for the deal just made with NFL?  Might there be a conflict if he has an ownership interest and some deal with NFL too?

Here’s a hope:  he makes Kaepernick the quarterback of his new team, has any willing players kneel and encourages minority coaches... oh, Jay-Z kneels too!!!!