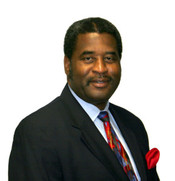 A native of Hopkinsville, Ky., Burse has a long record of achievement in academics, athletics and community service. As president of KSU, from 1982 to 1989, he oversaw record enrollment, more than $60 million in capital improvements and significant enhancements in the academic and financial operations of the institution, including the establishment of the Whitney M. Young College of Leadership Studies.

He later became an executive at General Electric Company from which he retired in 2012 after 17 years. He initially served as GE Appliance’s senior counsel and then became a corporate officer as vice president and general counsel. Before joining GE, he was a partner in the law firm of Wyatt, Tarrant & Combs in Louisville, Ky.

Burse received his law degree in 1978 from Harvard Law School. He received a bachelor’s degree in chemistry and mathematics in 1973 from Centre College, where he was named to the Deans’ List for four years. In addition to his high achievements in academics, he excelled in sports from high school through college. He was named to the All-College Athletic Conference Football Team as well as Centre’s Most Valuable Offensive Player in football.

He assumed leadership roles as founder and president of Centre’s Black Student Union and, active in student government, he was a student adviser to the president. His cumulative achievements in academics, athletics and student leadership contributed to his selection as a Rhodes Scholar at Oxford University, where he studied organic chemistry. He also played sports at Oxford, including basketball, track, crew and rugby.

Additional recognitions include being listed in Who’s Who Among Students in American Colleges and Universities. He is also a recipient of the John W. Davis Award from the National Association for the Advancement of Colored People’s Legal Defense and Education Fund. He received honorary degrees awarded by Kentucky State University in 1989 and by Centre College in 2007.

Continuing his involvement in higher education and active in the community, Burse was a member on the boards of Centre College and Alabama A&M University. His other commitments have included serving on the boards of the Louisville branch of the St. Louis Federal Reserve Bank, the Frankfort/Franklin County Chamber of Commerce and the State YMCA of Kentucky. He served as chair of the Louisville Free Public Library Advisory Commission, chair of the Appeals Committee of the Southern Association of Colleges and Schools Commission on Colleges and vice chair of the Louisville Community Foundation Board of Directors. He also served with the Louisville Economic Development Corporation, the NCAA Council and the Kentucky Center for African American Heritage. Currently he serves on the Board of Governors of the Center for Creative Leadership.

He is married to Kim Burse, who serves as vice president of administrative services for Goodwill Industries of Kentucky. They have three sons, Raymond Jr., Justin and Eric.