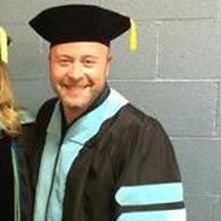 Dr. Joseph D. Bryant
Title: School Psychologist Kansas City Public Schools
Research Topic: Self-Determination in Higher Education: The Investigation Of Self-Determination In Students Participating in Higher Education With an Invisible Disability
Institution: Lindenwood University
Committee Chair:  Dr. Lynda Leavitt
Abstract: The enrollment of students with invisible disabilities has continued to increase unabated in post-secondary environments. As a result of the applicable laws governing the provision of accommodations and/or modifications in higher education, the impetus and responsibility to succeed rests almost entirely with the individual student. Research showed for many students with invisible disabilities, the transition from a more passive role in the acquisition of education at the primary and secondary levels to a more active role in the acquisition of higher education at the post-secondary level was difficult, as evidenced by a large percentage of such students failing to complete their degrees (Barber, 2012, Hadley, 2006; 2011, Skinner, 2004). Nonetheless, some of the same research indicated some students with invisible disabilities succeeded and completed their degrees (Barber, 2012, Skinner, 2004). The literature suggested that certain characteristics, particularly self-determination, were at least in part responsible for the success of these students. The purpose of this mixed methods study was to explore the level of self determination in successful students with invisible disabilities who participated in higher education. Data were collected through the administration of an online, anonymous, and untimed survey that consisted of Wehmeyer and Kelchner’s (1995) Arc Self Determination Scale, as modified by Jameson (2007), as well as supplemental questions both adapted from Stage and Milne (1996) and created by the investigator. Levels of self determination between successful students with invisible disabilities and their otherwise non-disabled peers were measured and analyzed for significant differences in means. The quantitative data revealed no significant difference in means on any domain score, ii including the Self-Determination Total score between groups, as measured by the modified Arc. Subsequent content analyses of supplemental questions revealed identical emerging themes in both participant groups, which aligned with Wehmeyer’s essential characteristics of self-determination. 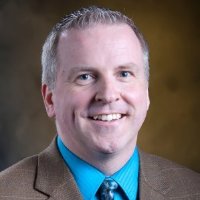 @DrRayGasser
Dr. Ray Gasser
Title: Senior Associate Director for Residence Education and Housing Services at Michigan State University.
Research Topic: Characteristics of Persisting Students Utilizing the Retention Self-Study Framework: A Case Study
Institution: University of Arizona
Committee Chair:  Dudley B. Woodard, Jr.
Abstract: Although retention has become a critical priority for most institutions, this interest has not yielded significantly increased retention rates over the past 30 years. Understanding how each individual institution could increase retention rates will help to avoid the critics of higher education who have grown wary over the increasing costs. In order to justify the increases in tuition, higher education must show that students can persist, graduate, and succeed in the 'real world'.This exploratory study seeks to provide insight into persistence by focusing on understanding the common themes of students who persisted. In 2001, Woodard, Mallory, &amp; DeLuca published a research article providing a comprehensive structure that incorporates an extensive body of student retention research along with the authors' own research. The framework provides institutions with a model to explore the areas that affect student retention. The authors describe four major components to retention: the student sphere, institutional sphere, academic affairs sphere, and student services sphere. Within each of these spheres is a number of characteristics that research indicates effects retention. The Retention Self-Study Framework (2001) draws heavily from the research of Vincent Tinto (1975, 1987, 1993), John Bean (1980, 1983), Alexander Astin (1984), and Ernest Pascarella (1980).This study investigates the extent to gender, race, high school class rank, socio-economic status, institutional choice, financial aid package, and parents' education relate to the experiences within the Retention Self-Study Framework (Woodard, Mallory, &amp; DeLuca, 2001).Utilizing the Retention Self-Study Framework, the author created a survey that asked students about each of the various characteristics within the four spheres described in the framework. The research was conducted at a large Research-Extensive university in southwest United States of undeclared majors. Utilizing both mixed methods, the research provides a fresh look at issues of retention and those experiences that are related to persistence and suggests implications for practice and future research.