Andreanecia M. Morris @andreanecia ​
Executive Director for HousingNOLA
Why  We Should be Alarmed the Secretary of HUD Ben Carson Mistakes the Real EstateTerm "REO" 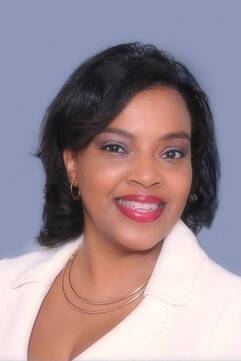 @andreanecia
​Dr. Michael Robinson: How would you explain REO to a non housing expert? And what is REO?
Andreanecia M. Morris: REOs are homes that have been foreclosed on by banks.

Dr. Michael A. Robinson:  What is the purpose of REO properties?
Andreanecia M. Morris: HUD’s portfolio of Real Estate Owned properties are made available to create new housing opportunities.

Dr. Michael A. Robinson: Should we be concerned that the Sec. of HUD appears to be unfamiliar with the term REO?
Andreanecia M. Morris: Yes, we should be alarmed that the Secretary of HUD was flummoxed, even momentarily, about the acronym.

Andreanecia M. Morris serves as the Executive Director for HousingNOLA, a 10-year partnership between the Greater New Orleans Housing Alliance (GNOHA), the Foundation for Louisiana, the City’s Office of Housing and Community Development, and dozens of public, private, and nonprofit organizations working to solve New Orleans’ affordable housing crisis. Prior to her role as Executive Director, Morris spearheaded the HousingNOLA 10-year Strategy and Implementation Plan, released on December 10, 2015. The strategy indicates the need for 33,600 additional affordable units in the city by 2025. Further, the data clearly shows that wages have not come close to mirroring the dramatic rise in housing costs. A graduate of Loyola University, Morris has worked to create affordable housing opportunities in the Greater New Orleans Area in both the public and private sector. Morris has helped create opportunities for approximately 500 families to become first time homebuyers after Hurricane Katrina, and she was lead organizer for GNOHA when it started in 2007 as a collaborative coalition of non-profit housing builders and community development corporations working to rebuild the City of New Orleans.