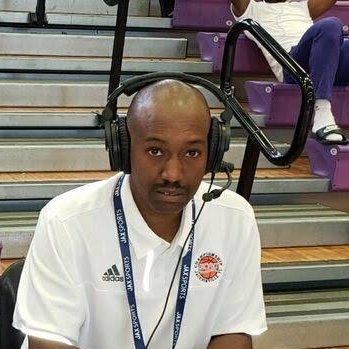 A.D. Drew is a native of St. Louis, MO.  Drew is a two-time graduate of Historically Black Colleges and Universities (HBCUs) with a B.S. from Florida A&M University and a M.S. from Tuskegee University.  Drew has spent a significant portion of his life in athletics as a volunteer, coach, or administrator.  As a professional, he has worked as a Parks & Recreation Director and as a board member for multiple youth organizations.  Since 2013, Drew has been the lead promoter for the USA-Belgium International Showcase, which features multiple 18U basketball teams from Youth Sports Exchange (YSE) Belgium that travel to the Southeast United States to play basketball versus various 18U American basketball teams each summer.

Drew has previous collegiate coaching experience at Tuskegee University as an assistant basketball coach from 2004-2006 and from 2009-2012.  In addition, Drew has coach football, basketball, volleyball, baseball, soccer, and softball at the middle school or high school level.

Drew has also worked as both a radio Disc Jockey and club DJ.  Drew ultimately combined his passion for being on the air with his love for sports when he joined the Black College Sports Network in 2018.  Along with his co-host, Bryan Fulford, the two explore and debate the news revolving around HBCU sports on a weekly basis on their BCSN Sportswrap show (www.mybcsn.net, on social media @mybcsn1).  A.D. Drew can be reached at bcsndrew@gmail.com or on Twitter @bcsndrew.   ​
Music by:
Jorikasou by Pixabay