Rosalie Greenberg, MD
Pediatric and Adolescent Psychiatrist
What is  P.A.N.D.A.S
​ 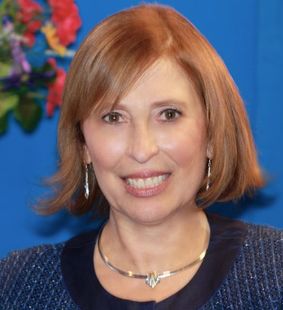 ​Rosalie Greenberg, MD is a board-certified, child, adolescent and adult psychiatrist in private practice in Summit, New Jersey. Although she treats children and adolescents with a wide range of psychiatric disorders, she specializes in the psychopharmacology of pediatric mood disorders and attention-deficit/hyperactivity disorder.

Dr. Greenberg received her M.D. from Columbia University College of Physicians and Surgeons and completed her adult psychiatric residency and child psychiatry fellowship at Columbia. While there, she served as a Chief Resident in Child Psychiatry, and was awarded the Edward J. Sachar prize for clinical excellence. Upon graduation, she became the Deputy Director of the Child and Adolescent Outpatient Service and Inpatient Child Unit at The Columbia Presbyterian Hospital and New York State Psychiatric Institute.

Dr. Greenberg was a founding board member and past president of the Juvenile Bipolar Research Foundation. She has also served as chairperson of the Scientific Advisory Council of the Blue Harbor Foundation [an organization that funds research into bipolar disorders throughout the lifecycle]. She is a consultant in psychiatry at Overlook Hospital in Summit, New Jersey. Active in professional organizations, Dr. Greenberg is a Fellow in the American Psychiatric Association, a member of the American Academy of Child and Adolescent Psychiatry, and has served on the Executive Board of the New Jersey Council of Child and Adolescent Psychiatry. She is recognized as one of the Top Doctors in Child Psychiatry in the Castle Connelly NY Metropolitan Area Guide (2001-2011), New Jersey Life Magazine (2011), New York Magazine (2005-2011), New Jersey Monthly Magazine, and Inside New Jersey - A Star Ledger Magazine.