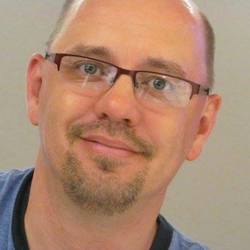 @TommiMakila.
​Dr. Mike Robinson, host of Parent Talk Live and his guest Tommi Makila discuss why school board elections should be nonpartisan

Tommi Makila  is an active member of Prince George’s County Advocates for Better Schools and a founding member of the Alliance for Nonpartisan School Board Elections. He served on the Accokeek Academy PTSA Board of Directors for five years, including two years as president. From 2014 to 2016 he served as Legislative Chair for Prince George’s County PTA Council, and in that capacity he also sat on the Maryland PTA Legislative Committee. Besides school issues, Tommi is a vocal community activist with focus on election reform and good governance. He also serves as president of his HOA.
Tommi’s involvement with PGCPS grew from his desire to make a positive contribution to school improvement efforts. He strongly believes that in order to make changes, parents must get involved. Simply complaining about things is not constructive and will not change anything. At Accokeek Academy, Tommi’s efforts focused on building a better and more collaborative relationship between parents and school staff. He also pushed for the school to have a back-to-school event before the school year starts – a new tradition that has turned out to be one of the best-attended events the school organizes.

Tommi’s son is an incoming freshman at Oxon Hill High School’s Science and Tech Program. Tommi, his wife, and their son live in Accokeek. In his professional life Tommi is Principal Energy Analyst in the Washington, DC office of Energetics Incorporated. He holds a Master of Social Sciences degree from the University of Helsinki.