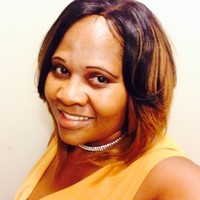 @BelindaQueen
Dr. Mike Robinson: What will it take for you to win and what factors do you believe can change the tide of any political contest especially in Prince George's County Maryland.

Belinda Queen: Democrats and Progressives would have to be motivated to turn out in greater numbers than they normally do to change the tide. I also believe, we as a Democratic Party need someone famous and well-known voices for some of us to listen, such as Tyler Perry, Obama or Oprah. Their voices could be used to educate voters on the myriad of issues, like fake sample ballots. The bottom line boils down to voter turnout, which is driven by educating voters. Methods like flashing signs/billboards and other creative ways of getting the word out on matters for example voting dates, poll locations and voting times could make a big difference in turnout. Many voters don’t vote in the primaries but often vote in the general election. They are not aware that whoever is elected in the Democratic primaries in this county are typically the candidates who make it to the general election and win.