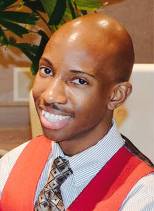 Zane Marshall
Co-Owner and Partner of Visionary Concepts
Educational View: The Importance of Internships
Bio:  Mr. Zane Marshall better known as Zane Van Gogh is best recognized throughout the Washington Metropolitan area as a young leading innovator whose work has reached the lives of thousands through film and being a voice of economic and civic empowerment. Mr. Marshall began his early career at the ripe age of 16 as he started his first company, Marshall Van Gogh. His company, Marshall Van Gogh was designed to teach youth how to own their futures by building success through educational and motivational tooling. As Mr. Marshall sat on the speaker’s circuit he had the privilege to speak in front of students throughout the east-coast from grades K-20.
​
Mr. Marshall excels as an Ambassador, Motivational Speaker, Youth Activist, and Co-Owner and Partner of Visionary Concepts & Van Gogh Consulting, as he shares over 6 years of experience in leadership, management, and finance. Mr. Marshall holds the title as the former Youth President of the NAACP Prince Georges County, MD branch and is the former TV/film co-host and writer of DCTV and CTV’s hit teen talk show, Signs of Time: From a Youth’s Point of View.

In early 2013, the award winning talk show was recognized and endorsed by the Comptroller of Maryland, Peter Franchot; and recognized by The Maryland General Assembly, including State Senator's; Congressman Steny Hoyer; and Prince George’s County Executive, Rushern L. Baker III. Mr. Marshall carries on his movement showcased in his film work which was aimed to draw discussion on financial literacy, entrepreneurship, college, and civic engagement amongst youth and young adults that he meets with today. He also helps aspiring entrepreneurs to launch their own businesses and provide structure for small enterprises.

Mr. Marshall has been featured on CTV News; Praise 104.1FM with Radio One Personality The Late, Sheila Stewart; WHUR Voices - Beyond the Bling with host, Renee Nash; interviewed on WKYS 93.9FM by Washington DC’s “Your Royal Hypeness,” Angie Ange; and appeared as an special guest on Making the Change Radio Show with Patricia Terrell just to name a few.
​
As Mr Zane Marshall quotes, "In order to fund your dreams you must invest in them first," he proves that with hard work and dedication anything in life can be made possible even at his young age.