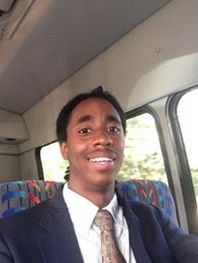 Edward Burroughs III is an elected official in the State of Maryland, serving on the Prince George's County Board of Education as Board Member for District 8. A strong advocate for student achievement and activism, he believes that all students can excel with the proper support, guidance and resources.

While attending Crossland High School, he served as the Student Board Member and made history when he was re-elected for two consecutive terms. His professional interests focus on early childhood education, literacy, sound financial governance, community/parental involvement and ensuring that all PGCPS students will be able to compete globally upon graduation.
​
Additionally, he has served as a member of the Disability Issues Advisory Board, the Superintendent's Advisory Counsel and the Young Elected Officials Network. He was recently honored with the Prince George's County 40 under 40 Award and Who's Who in Prince George's County for his outstanding work on the Prince George's County Board of Education.
Mr. Burroughs attended the University of Maryland Baltimore County, where he earned a Bachelor's of Science degree in Political Science.