Dr. Elliott Heflin
​The Impact of Urban Blight/Urban Decay on the Academic Success of Students
​ 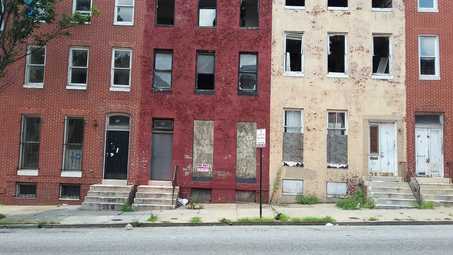 Dr. Mike Robinson: Can we create scholars where there is hopelessness?

​Dr. Elliott Heflin: Yes we can create scholars where there is hopelessness. We are a people that have produced scholars in far worst condition than a decaying environment. We are descendent of slave, I think they had it much worse than we do today.
Dr. Mike Robinson: Do you see in the future a ground swell of communities coming together and really moving the needle that will not take decades to improve their community and as a result their educational experiences of children who need it most?

​Dr. Elliott Heflin: I see it coming together if the educators of that community start being taught by people who look like them, this would give the students an opportunity to see that it is possible to become academically success, their Teacher or Professor would become their role model.

​
Dr. Mike Robinson: What do you see as the untapped potential of children living in these communities that are at risk of never being realized or utilized?

​Dr. Elliott Heflin: Because as a society, some have brought into that some students are not intelligent. We need to recruit educators that have exposed this notion to be propaganda. As a society we must be honest there is potential in every community.