Scroll below to select research from the following scholars​ 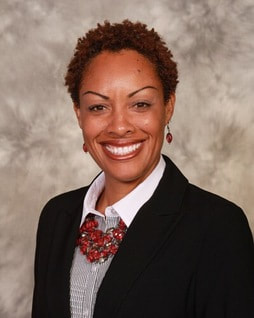 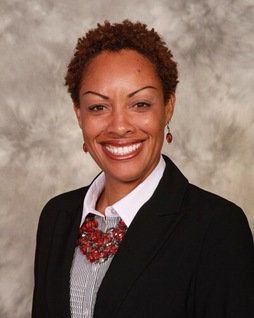 Findings: An examination of quantitative and qualitative data indicated the historical roles of African American teachers in selected, urban charter schools were essential to student academic and non academic success.

Finding (1) African American teachers in selected urban charter schools perform the roles of: the counselor by handling emotional situations with cultural sensitivity and knowledge, by teaching students to “leave your baggage at the classroom door or let me hold it for you”, by helping students process outside forces and get ready to learn, by promoting positive self and social identity, and by trying to instill a sense of personal capability and personal power; the advocate by being seen as leaders in the community and being “looked up to”, by being leaders who can help others achieve because they have been to college “made it”, by encouraging students to look beyond obstacles to future successes, by taking big steps to influence school programs and activities and by advocating for individuals within the system; the disciplinarian by having a culturally sensitive understanding of acceptable / unacceptable behaviors, reserving removal from classroom, office referrals and suspensions as a last resort, by reducing the accumulation of escalating consequences by reducing referral outside, by sharing stories when disciplining students that relate culturally / socially, and by trying to keep the discipline, “in house” between educator and parent”; the surrogate parent by celebrating and joining in the vitality of African American children in song, dance and play, by openly displaying affection, by feeling a responsibility for the development of the whole iv child, not just the student, by believing that displaying love and frequent praise is essential in the classroom, and by using terms of endearment as well as terms of correcting behaviors; and the role model by having special influences as living examples of professional success, by normalizing the expectations that college opens door to careers, by validating dreams and aspirations by being a living example, by being someone to emulate who has had similar community and family experiences, and by reinforcing hopes for becoming a successful adults.

Finding (2) African American teachers in selected urban charter schools believe all the historical roles are important. The respondents identified the five roles as important and very important over 78% of the time at the four selected urban charter schools in each category. The priority for the roles varied at the different schools. This variance was due to SES of the community, student age, and grade as indicated by participants in the study. Middle School AZ stressed the importance of the surrogate parent (89.47%), the disciplinarian (89.47%), and the counselor (84.20%), while, middle School BY which was located in a neighborhood in need of revitalization, stressed the importance of the counselor (95.96%), the advocate (91.30%), and the surrogate parent (91.30%). The high schools on the other hand, had an identical prioritization of the five roles in importance. The high schools stressed the importance of the role model, the counselor, and the advocate: for school CX the role importance was role model (100%), counselor (96%) and advocate (92%) for school DW the role importance was role model (100%), counselor (96%) and advocate (96%). The teachers in the study unanimously believed all of the roles were important and the performance was contingent on the needs of the students.

Finding (3) The findings revealed the participants in the research project believe being sympathetic and culturally / socially aware and empowered, embracing blackness and learning from it, nurturing the whole child by providing love and affection, being real life examples of academic success, and embracing their community and making a difference by “uplifting” were important for performing the historical roles of counselor, advocate, disciplinarian, surrogate parent, and role model in five selected urban charter schools in New York.

Finding (4) African American teachers in selected urban charter schools believed the roles of counselor, advocate, disciplinarian surrogate parent, and role model contributed to student success in: standardized test scores, attendance, enrollment in constructive social activities (i.e., clubs, sports, community efforts, tutoring, and social activities), and selection of advanced classes, GPA and matriculation to college support measures of student success by teaching; a spirit of dedication, integrity in times of despair, discipline when faced with negative distractions, persistence to get through anything, and determination to stay the course. 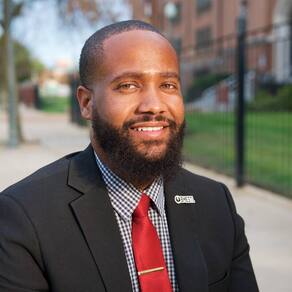 @HeFields3
​Dr. Howard E. Fields, III @HeFields3
Title: Assistant Superintendent, Co-Founder @BMESTL
Research Topic: The Missouri Student Transfer Program
Institution: University of St. Louis
Committee Chair: Carl Hoagland, Ed.D.
Abstract: In 1993, the state of Missouri passed the Outstanding Schools Act. This law was created as a means to ensure that “all children will have quality educational opportunities, regardless of where in Missouri they live.” Section 167.131 of this law states that an unaccredited district must pay the tuition and transportation cost for students who attend an accredited school in the same or adjoining district. This portion of the law became known as the Student Transfer Program.

The Riverview Gardens School District (RGSD) was one of three unaccredited school districts in the state of Missouri in 2013. With close to 6,000 students (96.9% Black), RGSD, located in St. Louis, Missouri, was forced to implement this program. The majority of media reports focused on the political, financial, and school perspectives of the Student Transfer Program, neglecting the personal family stories in the process. In addition to providing a voice for the neglected family perspectives, this dissertation is accompanied by a feature-length documentary film. The dissertation and documentary complement one another by highlighting personal experiences and stories of those who have been impacted by this program.

​The unique experiences and perspectives of these participants are based on the decisions that they made related to the Student Transfer Program. One of the participants (Jennifer) decided to keep her children enrolled in RGSD following implementation of the Student Transfer Program. Another participant (Michelle) decided to exercise her right to transfer her children from RGSD and enroll them in an accredited school district, at the expense of RGSD. The final participant (Tiffany) initially decided to transfer her children from RGSD to an accredited school district, but later that same year returned to RGSD.
Click the link below to download Dr. Howard E. Fields, III research