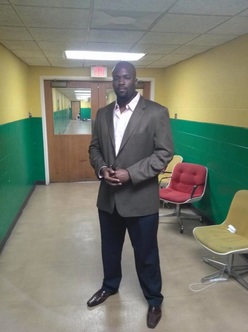 Bio: James Jenkins, who currently resides Nashville, Tennessee serving as a District Support Assistant for the United States Small Business Administration of the Federal Government. James provides programmatic assistance to the Lender Relations, Entrepreneurial Development, and Government Contracting divisions along with providing Administrative and Operational support. He also serves as liaison between the SBA Tennessee District Office various organizations, federal agencies, and HBCU’s in the state of Tennessee.

Prior to his employment with SBA, James began his federal career as a Transportation Security Officer (TSO) for the Transportation Security Administration headed by the Department of Homeland Security at Lexington Bluegrass Airport in Lexington, Kentucky. As an officer James received the TSA Eagle Eye Award for preventing a dangerous weapon and a security hazard from entering the sterile area at Lexington Blue Grass Airport.

Before his federal career, James served as a Mentor Coach for the Promising Youth Center for Excellence at Kentucky State University for two years. James assisted with the recruitment of over 100 at risk youth between the ages 5-16 from the counties of Woodford, Scott, Anderson, and Franklin.

In 2015, James has served as the offensive line coach for the Nashville Venom of the Professional Indoor Football League. As a player in the 2014 season he was a key asset to the offensive line helping the Nashville Venom to secure a 12-2 record to win their first national championship. In 2011 Jenkins played with the Eastern Kentucky Drillers of the defunct Ultimate Indoor Football League (UIFL). Currently James is a member of the Urban League Young Professionals of Middle Tennessee.

From 2005-2009 Jenkins entered Kentucky State University on a full athletic scholarship. He excelled as a four year starter on the offensive line and did Track & Field his senior year. He served as Chair for the National Pan Hellenic Council and Xi Lambda Chapter President for Phi Beta Sigma Fraternity Incorporated. Jenkins has a Master’s in Public Administration with a concentration in International Development and a Bachelor of Arts Degree in Political Science with a minor in History.

James is the son of Calvin and JoAnn Jenkins with an older brother CJ Jenkins (30) and young sister Taylor Jenkins (21).