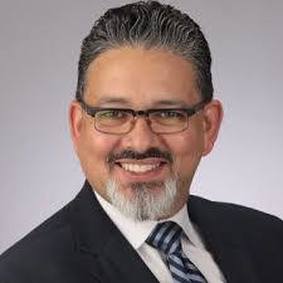 Bio
Richard “Rick” Gallot, Jr. was born into a Gramblinite family.  He is the son of former Grambling Mayor Richard J. Gallot Sr. and Dr. Mildred Gallot, the retired head of the Grambling State University history department, both graduates of what is now Grambling State University. He was born and reared in Grambling, and his family lived next door to Dr. R.W.E. Jones, affectionately known as “Prez” when Jones was president of GSU from 1936 until he retired in 1977.

He graduated with a bachelor’s degree in history and earned his juris doctorate degree from the Southern University School of Law in Baton Rouge. He attended the Senior Executives in State and Local Government Program at Harvard University’s John F. Kennedy School of Government in Cambridge, Massachusetts.

The new Tiger-in-Chief was inducted into the Grambling State University Alumni Hall of Fame and the Southern Law School Hall of Fame. He is an active member of Kappa Alpha Psi Fraternity, Inc.

Gallot started as the 10th president of Grambling State University on August 1. Prior to that, he served one term as a member of the Louisiana State Senate and three terms in the Louisiana House of Representatives. In the senate, he represented State Senate District 29, including portions of Bienville, Grant, Jackson, Lincoln, Natchitoches, Rapides and Winn parishes.

During his first two terms in the state house, he served on the House and Governmental Affairs, Civil Law, Judiciary and Environment committees. During his final term, he served as chairman of the House and Governmental Affairs Committee and served on the House Executive Committee and the Legislative Budgetary Control Council.
During first 2008 special session and the regular 2008 session, Gallot authored and handled most of the ethics reform legislation passed by the legislature, resulting in Louisiana moving from #44 to #1 among states in the nation dealing effectively with legislative disclosure according to the Center for Public Integrity.

Before serving thousands of residents in central and northern Louisiana parishes, Gallot was a member of the Grambling City Council and he was an attorney and owner of the Gallot Law Office in Ruston, Louisiana. His law practice focused on personal injury and criminal law. He was recognized by Lexis/Nexis Martindale-Hubbell for Very High Legal Ability and Ethical Standards. He received the Lincoln Parish Outstanding Young Person's Award from the Ruston Jaycees in 1998 and was recognized by the Shreveport Times as one of the 10 Leaders of the New Century in Northwest Louisiana in 2001.

President Gallot is married to the former Christy Cox, and they have four sons.