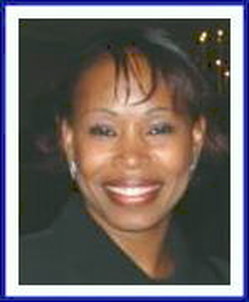 @tvw1357
Tonya Wingfield is known throughout Prince George’s County Maryland as a fierce supporter of children rights to a quality education, that is delivered in safe and secure environments.

On August 25, 2016 and again on September 8, 2016, Ms. Wingfield shared her concerns regarding the lack of leadership exhibited by several members of the Prince George’s County Board of Education related to the lack of transparency associated  with disturbing cases of child abuse and neglect of children between the ages of 3-5 attending the System’s Head Start program.
​
Here is a snippet of her September 8, 2016 statement to the Prince George’s County Board Education. You are welcome to download the PDF versions of her statements.  To hear exclusive interviews with Ms. Wingfield and other community stakeholders about the termination of the Federally funded PGCPS Head Start program, click the link below.

Good evening,
It nice to see the Board Chair decided to add the Discussion Item section back to the agenda.  Of course, the question now is why give the public the appearance you now want to be transparent after holding discussions about a public school program funded with federal tax payer dollars in executive session.  Sound funny doesn’t it.
It’s shameful that the CEO, Board Chair and Vice Chair would abuse their power and force a discussion that should have been done in full view of the public behind closed doors simply because you wanted to ensure that any board member with integrity would not disclose that the Head Start Program had been taken over by the Feds.  You intentionally set out to defraud the public by announcing the board had voted to relinquish the Head Start Funds as opposed to honestly saying that the only way that PGCPS could keep a Head Start in the county was to relinquish your control over the program.  There’s a big difference in those words.  The board chair moved to deceive the public into thinking the Administration had a choice in this matter when in fact it was a mandate that authority be relinquish.  Shame on you!

Download File
To hear Ms.Wingfield's comments on September 8, 2016 press play and move ahead to the 51:31 mark.