The Importance of Sharing Your Testimony!
Dr. Michael A. Robinson @DrMikeRobinson
​ 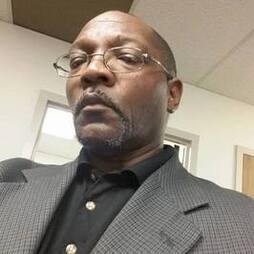 @DrMikeRobinson
MY GOD IS GREAT
Pursuing and earning my doctorate was not easy. It was marked with challenges and obstacles. To achieve this milestone resulted in unbelievable sacrifices, not just of me, but my entire family. Many nights, I wanted to put the books down and walk away. I was drowning in debt, doubt, struggles, unemployment, underemployment, and internal conflicts about this path. There were many who asked, “why are you doing this?” Why are you putting yourself and your family through this?” My wife would answer many times for me.”Because I believe he can and I expect him to be the man God has desires for him to become.” To say the least, that was pressure, but needed and welcome pressure; but pressure.

The pressure to be that example, to be the man so many believed me to be was enormous. I could not let them down. I had three important women sitting at home on long weekends without me. On those cold nights and hot summer evenings, my entire family, my two girls, and my loving wife would sit in our living room, watching TV quietly while I would attempt to study, but most of those moments were spent worrying about them and what this pursuit would mean to us as a family. What I did not know and ultimately did not understand was what those three people understood better than I could ever, God had our backs, and they were okay waiting on me to accomplish God’s plan for my life (OUR LIVES). No weapon formed against us was going to prosper.

HOW THE JOURNEY HAPPENED
A large part of my journey was done in silence. The majority of my cohort members (17) knew little of my struggles and that of my family. My wife and I decided to keep our extended family in the dark about most of the challenges confronting our family. We made the decision to keep them unaware of specific issues as a means to protect them from worrying and to a more significant extent questioning our choices.
​
During this journey, my wife and I called “The March,” we experienced not one, not two, not three obstacles, but twenty-six barriers, yes, I said 26. And while I am amazed and humbled I survived these challenges, I know beyond any reasonable doubt I AM BLESSED AND HIGHLY FAVORED!

God placed remarkable and loving people in my life throughout my journey. These Angles, as they seem to me, blessed me in some supernatural ways. I could not have ever believed this level of kindness would be shown to my family or me, in most instances, strangers share their love and support. However, on what felt like the hottest day known to many, my journey was nearly derailed in what was to be my next to the final semester of my doctoral journey.

I had secured a job working for a local community college. I was hired by the Vice President of Operations, who answered only to the President of the college. However, my new supervisor was unhappy with my selection, unbeknownst to me. I discovered her dislike for me when I presented my tuition remission form for her signature; she refused to sign and said she would not. Not only did she not sign it, but she also went on vacation during the final week to submit the application for tuition support. I did not have the money to pay for the coming semester, and with any state of Maryland job, it would take four to six weeks before I received a paycheck. Just prior to securing this job, we were both unemployed and in danger of losing our home. But as he has done in our lives numerous times, God showed His Grace! One of those Angels I had discovered along the way, was just down the hall, and she agreed to sign the form. And not only did she agree and to sign it, but she also agreed to walk it personally to Human Resources. I am forever grateful to Daphne Snowden, (who is now Dr. Daphen Snowden) for being such a blessing for my family and me on that day.

There were and still are many blessings in the form of strangers, friends, and family God introduced into our lives during the journey. I was not worthy of them or the blessings they provided on behalf of my Lord and Savior. But I am a child of God, who believes in HIS might and while at times I fell into a land of doubt, HE did not forsake me, but instead each time God extended HIS hand in love, by bringing people into my life to do HIS work.

HIS PLANS ARE BIGGER THAN MINE!
I lost my job! I lost three jobs! Hired then laid off, hired, and laid off again, hired, and laid off one more time. The last time I was let go, my supervisor's supervisor, some corporate type who never thought much of me, made a statement as they let me go, just one day after I defended my dissertation. What he said I will never forget, as it echoed through every fiber of my being, " Hey Mike, now you can use that Ph.D. you just got."

I was unemployed again and this time there were no job prospects in sight. To cap it off! Pun intended I could not afford to participate in the commencement that year. I could not afford to buy or rent the Cap and Gown. I was devastated and so was my family, especially my girls. We all were looking forward to the celebration.
However, again God blessed me with a job just three months later. While it was half the salary I was making, it afforded me the opportunity to grow the organization my wife had created while she was unemployed, Forest Of The Rain Productions.

GOD DID IT! I AM STANDING BECAUSE OF HIS FAVOR!
During this journey, my wife lost two jobs due to budget cuts, we lost a car, our second baby was born, we had no insurance, and my wife had complications with the birth. I lost my brother, my father-in-law had a stroke and eventually passed. There is so much more I could share, to be honest lots more, but here is the theme of my message

YOU ARE BLESSED AS WELL! HE LOVES YOU!


BIO:
Dr. Michael Robinson is the Founder and CEO of Forest Of The Rain Productions an Education Affairs Organization.  He is the CO-CEO of Living eFair Housing an organization created to address and discuss urban blight, community decay, and housing discrimination. He is also the CEO and Chief Editor of Living Education eMagazine. The online publication focuses on expanding the voices of scholars, researchers, parents and others in the areas of education, housing and academic research.  Dr. Robinson is the host of Parent Talk Live a weekly radio show with emphases on educational topics germane to parents and educators.  He is also the host of Living Education: Re-Defining The Narrative, a weekly live online talk show with conversations on important issues impacting the lives of African Americans. Dr. Robinson is known as an advocate for social Justice, education, housing, parents and students. He has worked in the areas of community outreach, housing and education for 30 years. He is an authority in community outreach, fair housing, organizational branding, parental engagement, fatherhood issues, at-risk youth and program development.