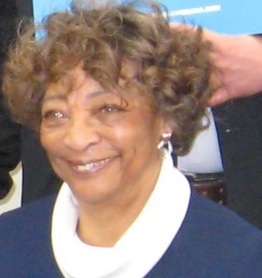 Rosalind Johnson attended elementary, Junior High and High school in PGCPS. She graduated from Fairmont Height in 1962.  She went on to attend Morgan State College where she graduated with honors.  Rosalind Johnson’s enrolled at the University of Maryland College Park and Hood College for her graduate studies.

One of her most cherished awards was receiving an “Honorary Doctorate" from Morgan State University, to commemorate the CIVIL RIGHTS Protests of 1963.  The honor was presented in December of 2015.
Ms. Johnson stated during her acceptance of her Doctorate from Morgan State University “I organized that protest and segregation ended in BALTIMORE, MD.  I was imprisoned for my activism.

Ms. Johnson is the parent of one "special needs adult son.