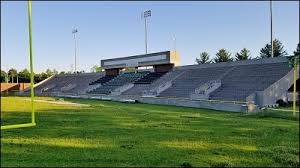 During an  interview on The Yard, with hosts Dr. Mike Robinson and Dr. Shanna Smith, with guest Dr. M. Christopher Brown and several members of his leadership team,  athletic director, Etienne M. Thomas alluded head football coach John L. Smith would have another year at the helm. ​She stated, "he along with his staff were on the road recruiting players."

However, on December 5, 2018,  AD Etienne M. Thomas announced John L. Smith was removed as Head Football Coach and  defensive coordinator Kevin Weston will replace coach Smith on an interim basis. Later in the day, the University released a statement that stated, "that it will seek to “take the program to new heights.”  There are many questions raised by this sudden and unexpected change of direction for Kentucky State University football. What are new heights? And does that include a move to Division 1 football? How does this impact recruitment? How much will it cost the University, given coach Smith had one year remaining on his contract?  And what role will alumni have in the selection process?