"Educators Weigh in on the Potential Impact of What is Happening in Ferguson on Students, Teachers and Administrators" 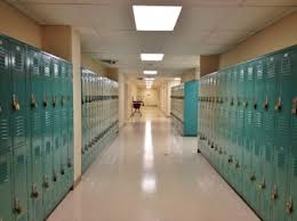 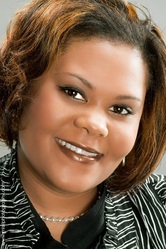 Follow me @tyrathegooddr
The Potential Impact of What is Happening in Ferguson on Students, Teachers, and Administrators:
By: Dr. Tyra Good

The events in Ferguson, Missouri sparked by the shooting death of Michael Brown, an unarmed 18-year-old African American teenager, by white police officer, Darren Wilson, has captured the attention of the world. The circumstances surrounding Michael Brown’s death raises concerns about issues of race, social justice, white privilege, and police relations with the communities they serve.

Culturally responsive educators, at every academic level, should take this opportunity to engage in meaningful dialogue with students about the societal, racial, and historical implications of this case.  Teachers in all curriculum content discipline areas can involve their students in project-based learning that is civically designed to effect change. As a faculty member at a Community College, I have used the case of Michael Brown and the events in Ferguson to talk about the steps in the critically thinking process that is essential in making a rational decision. The students explore the facts of the case, origin of the information sources, and recognize the biases and assumptions.  Additionally, in my role as an education consultant, I have integrated the Michael Brown case in cultural diversity training workshops to explore the inequalities in media portrayals of African American males and to discuss the the disproportionate number of young unarmed black men that have been killed by white police officers.

In the wake of the grand jury’s decision to not indict Officer Darren Wilson, we as educators and community leaders, must actively pursue ways to educate and empower our students to strategically respond through engaged activism. 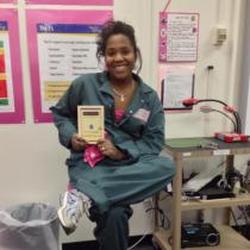 Follow me @AntaviaHamilton
The Potential Impact of What is Happening in Ferguson on Students, Teachers, and Administrators: By Antavia Hamilton-Ochs

Ferguson is an opportunity to begin a positive and meaningful dialog that is long overdue. As an English and Literature teacher, I have found that many of my students have lost the historical connection needed to understand much of the great classics of literature that deal with racism in America. Classic literary standards such as “The Flowers”, Incidents in the Life of a Slave Girl, Coming of Age in Mississippi, To Kill a Mocking Bird, and countless others, have lost their appeal as a new generation of readers fail to empathize with the events, emotions, prejudices, and victories of the past.  Ferguson allows educators to revisit the topics of history and race using current events as a focal point. Connecting events of the past to what occurs in the here in now allows students to see how far reaching societal constraints can be. Long after the easily identifiable social barriers and laws are removed, hard to identify (and difficult to discuss) psychological factors remain and play a role in how people interact with each other. Ferguson is a chance for the learning community to examine the sensitive topic of racism with students who are struggling to make sense of what they are seeing. We can all search for the answers together through open and respectful academic discussions.