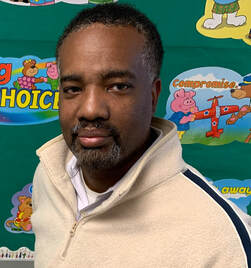 @manetho06
Since George Floyd, many people around the country have decried their concerns about defunding metropolitan police departments. Some have even gone so far as to say, why do we need them in our schools. Yet for many educators, not having a police officer in the school is a tragedy waiting to happen because some of our schools are not appropriately staffed to handle the microcosm that is created in a small city like a school. However, why are some schools better able to handle the pressures of not hosting a police officer while others deem it an essential employee that is considered part of the staff but not paid from the school’s budget. This is a system and systemic leadership issue.

I remember in 2011-2013, Kaya Henderson saying, and I am paraphrasing, “we have too many people in our buildings that are non-instructional, and they take up too much of our budgets.” What I believe she was saying is that the classroom teacher and school principal was the only requirement in a school. Kaya Henderson is not trained as an educator nor does she have a degree in education at the time of this statement. How are we supposed to support the social emotions of children who undoubtedly have issues that go beyond the instruction and need to be supported by a trained individual, a school counselor or school psychologist when the system does not support this giving each school in its district the minimum to have one in the building that does not take away from the resources of the building principal. This is a tough decision.  This is not to say that the county school district is any difference in their ability to mitigate issues, but at least it is not a budgetary issue, some of their concerns is a lack of leadership.

As I read the column concerning DCPS taking SRO’s and guards out of their schools, I am so glad that I am no longer there because I am wondering who is going to demand respect, create consequences and teach children what the expectations are throughout their academic careers. It cannot be the principal, they have too much to do, and it should not be the classroom teacher because they are not trained. Each school in our major urban school districts much meet the minimum guidelines for a school counselor with a ratio of 250-1, which is the American School Counselor Association’s national standards. What if every urban school district followed this national standard? This would allow every child to be heard. It would give every parent an advocate to challenges they are having with their child to be the best person they can in an academic setting that has often alienated them, which is probably why some parents enter the schoolhouse with apprehension waiting to fight or flight. Not every parent acts this way, but enough of them to which has encouraged educators to require a police office or guard in their building. What are we expecting this police officer to do?

Teaching in America is the toughest job, with the lowest pay per hour in the day, responsibility, and limited resources that comes from your pocket. When a teacher graduates from college, they have a mound of debt compounded by the need to obtain a job right after completing a year-long internship that usually does not pay. Some are already strapped for cash, trying to find a job and learning the system so they can be successful on the first day of teaching your child. They are not trained in the social-emotional learning of children nor are they born with classroom management skills. Some are born with a presence in the classroom, demanding respect, while others simply fail at it and leave the profession within 2-3 years.

For a teacher struggling with classroom management, the idea that there is someone who they can rely on to support their behavior in the classroom is required, yet for many school districts where I have worked, there is no plan or process to support them until it is almost too late. Once an administrator begins to notice a problem in classroom management most are ready to write this educator off in separation from the school district with small amounts of support, while some school districts just make it so difficult that the teacher never recovers and simply quits before the school year ends. Nonetheless, what is happening while the teacher has no control in everyday instructional hours, days, and weeks? Someone must mitigate the behavior and violence that is happening in this classroom, who runs to the aid of the teacher.

The administrator cannot do it because he or she is supposed to be (Busy) doing things in the office. So, this teacher is going to rely on the next person possible that does not have a class, the school resource officer, custodian, aid, or front office staff person. This is a system problem! How are we to assume that there is a conveyor belt of teachers waiting to take the more than 3.3 million jobs away from individuals who want to be here, but simply cannot maintain classroom management? Does the administration know something that I do not?

If we supported our teachers before hiring them from undergraduate, not assuming they can handle a class and provide them with some experiences in a setting that is less than utopia with coaches and a training model, then maybe they would not expect an authority figure to rescue them, which gives the school district hope that it does not have to watch its violent data in schools rise because they simply did not do enough to support teachers.  For every teacher we let go, there is not one that is waiting to take their job especially if they quit in the middle of the academic year, an issue that no principal wants to solve in between the 10th day of school and April. For new and struggling teachers, an SRO or security guard provides a safety net that some need to feel safe to continue their livelihood of teaching.

Diane Jones, Elementary retired school principal at Glassmanor in Prince George’s County once told me, you do not teach from your seat and you better not lead your school building from their either.  Some school administrators still to this day stay in their offices all day, limiting the amount of presence in their school building to coming to work and leaving 10 hours later. Though it is a notion that school administrators should walk the halls, greet students and visit classrooms every day despite the I gotcha feelings that some teachers feel, what matters most is that they are seen in the school and provide effective feedback to support their employees daily.

The principal sets the tone leads by doing as an example of the expectation needed from everyone to be successful in the schoolhouse. Yet, for some school administrators, they rarely leave their office communicating that the central office sends too many requests for data and information limiting their ability to be instructional leaders and culture builders. For others, it is simply an excuse to make a difference in the lives of their employees because they do not want to get out into the hallway which is evident by how many people mistaken other employees for the principal.  If the principal does not set the tone for the school culture and expectation, then who are people to look toward to do so. Who can call Evan’s name from one end of the hallway, or give that child a look which keeps them in line when a teacher is or isn’t present?

The days of the ruler toting, bullhorn principal is over; meeting students in the hallway and demonstrating your presence is how you shape students. This limits the need or requirement to have an SRO. Some might say that everyone in the building must do their part, but teachers already have a lot on their plates, and they cannot manage school culture without school administration leading by example. When the principal sets the tone for behavior and its shared throughout the building with appropriate restorative practices that are provided with fidelity, the likelihood that a resource officer is needed decreases.

Back in the late 2002-2003 school year, Prince George’s County created the parent liaison program to create an avenue where parents could meet with an advocate for their child and handle some of the concerns that a school counselor or pupil personnel worker was unable to complete. These employees were housed in our more challenging and difficult schools where language barriers were a hallmark of the program. These parent liaisons still thrive today and continue to provide insight and support to schools around the county. This is a support that can serve to decrease the need or extinguish resource officers and security guards because they build parental support that can mediate primary and adolescent behaviors.

Social Workers- Many social workers in our school districts mirror the duties and responsibilities of other mental health supports, yet in the District of Columbia they have three primary duties; attendance, truancy, and counseling for special education students; things might have changed but I doubt it. Also, social workers must be licensed to work so they can be paid via Medicaid for services rendered.

School Psychologist- there is a national shortage with many working in 5 or 6 schools on their caseload. So, they are often lest likely to be effective given the number of students under their care, but a school district needs to partner with a University to create increase opportunities to employ them.

Behavior Techs and In-School Suspension Coordinators- These employees can support and build school culture by creating and enforcing restorative practices for all students yet, they need to be trained effectively and given an opportunity for advancement with professional development, conference, and techniques to complete their jobs more effectively. Doing anything less than this will increase the likelihood that an SRO or security guard will be needed.

Behaviors Are in Elementary!

I have heard many people say that behaviors do not happen in elementary which is why some school districts make their elementary school principals purchase mental health services out of their school budget.  Well, it certainly does not start in middle school. In my counseling and educational experience, many of my students were already in some type of gang activity by the time they reached third grade. Their level of gang activity was due in part because they wanted to be in an organized group that listened to them. Some behaviors in elementary school happened just because that is what they were taught.  Central office, behaviors happen in elementary school which is why some schools have police officers and security guards. If we spent money on support services in elementary that is at the very lest provided to all schools not taking away from their student-based budget, we could limit the need for armed people in our building in middle and high school-just a thought.

Quite frankly, with all these resources some schools require a police officer and security guard in their building, and it is not up for discussion. The violence around the building often creeps into the schoolhouse. The reaction time and distance it takes to roll units into the school would be a tragedy.  Additionally, long-standing violence and a lack of administrative presence and negligent school culture deem it necessary to have a police officer in the building. When you investigate MPD data alone, DCPS says their violence decreased by 27% but they never provided how many incidents happen. So, I get it when teachers want police and security guards in school but to take them out, the district has to provide resources that limit their need inside the building.