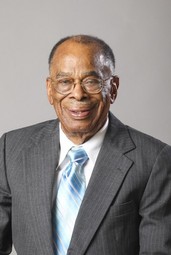 According to Jeffery Carter, a graduate of Kentucky State University “Mr. Ridgel was not only the first African American to break the racial barriers and complete the Graduate Program at the University of Missouri at Columbia he asked to do it in half the time because his Military GI Bill was running out so he became the first student of any color to complete the program in half the time ! He was a classmate of my mother’s at Lincoln University in Jefferson City Mo.! He broke the racial barriers and then set the standard that you can complete a Graduate Program in half the Time ! A True Scholastic Legend Indeed!”