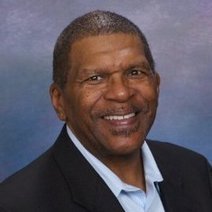 @bestmindset4DYA
What will it take to successfully prepare the millions of young adults, especially those of color who are not academically prepared to compete in a global economy?

Lee Cameron, Jr.:  A broader network is needed to serve those hardest hit by the 21st Century Economy? The "Pathway to Prosperity" Harvard Study contends that at present, we place far too much emphasis on a single pathway to success: attending and graduating from a four-year college. Meanwhile, did you know that in the second decade of the 21st century, most jobs will not even require a bachelor’s degree? The report notes that while the United States is expected to create 47 million jobs in the 10-year period ending in 2018, only a third of these jobs will require a bachelor’s or higher degree. Almost as many jobs – some 30% – will only require an associate’s degree or a post-secondary occupational credential.

A demanding global economy where job markets for the under-served have greatly diminished has required us as  “Change Agents”  to accept the responsibility of shifting the wheels of education that now includes  promoting of the concepts of social entrepreneurship, Internet access /marketing and uniform strategies that produce commercial revenue in vulnerable communities.

This is a clarion call to individuals and organizations that we have to contribute to a unified strategy in order to effectively reach the millions of disconnected young adults nationwide. It is not only important; it is imperative that we connect with this population of young adults, on a large enough scale to change their mindset and as well as that of systems that appear unable or unwilling to address their needs.