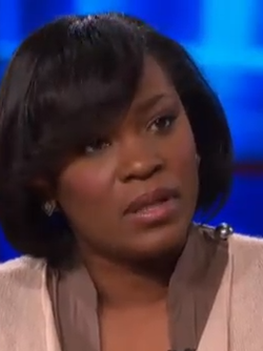 @kelleywbolar
Kelley Williams-Bolar is an Akron, Ohio based single mother. Bolar made Headlines in 2011 when she was arrested and later convicted for sending her two daughters outside of their school district, which was in a safer and more affluent area of Ohio. Since her incident, Bolar has made guest appearances reliving her unsettling experience on various news stations and talk shows like Dr. Phil. Through such outlets, she has gained national attention and awareness sparking interest that has recently reached Capitol Hill. Bolar embarked on a unavoidable crusade to bring light to issues of inequality and injustices predominantly targeting Americans in poorer areas that are buried in our state laws. Bolar has shared panels and got the attention of celebrities and civil rights activists such as, Al Sharpton, Roland Martin, Julie Chen, Kevin Johnson, Leah Remini, Santita Jackson (Daughter of Rev Jesse Jackson) P.Diddy Sean Combs Whoopi Goldberg and recently joined Michelle Bernard. With all the media attention, Bolars fight continues. Today, Bolar continues her crusade by participating in panel discussions; she strives to continue her efforts to change laws and minds through speaking engagements across America. Ensuring that we never forget her situation with real hope for change.
​