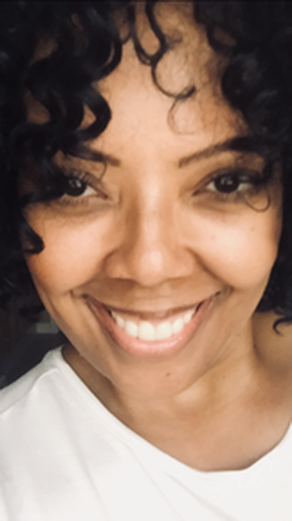 @Pdove72
Dr. Michael Robinson: In what ways is it possible for “good” parents with “excellent” parenting skills have children exhibit bad behavior in school?
Dr. Andrea Peoples Marwah: Good parenting and student display of bad behavior are two separate situations. Some parents think they are displaying “good” parenting but are feeding into an epidemic that supports bad behaviors. A parent can be a “good” parent with raising their kids with love and an abundance of tangibles for existing in the world but if knowing HOW to conduct oneself in society isn’t firmly established at home then that student is going to display inappropriate behaviors in social situations that will impact others sharing that space with him/her. While the student may have excellent parents in terms of the love and care the parent has for them, the student is not receiving any exposure to how they should conduct themselves in society. It is difficult to grasp that parents are not teaching their kids behavior management. I see it every single day as an educator. Sure, there are those parents who believe providing tangibles (money, clothes, cars and other glorified necessities for their kids) is properly and effectively raising a child but when said parents never input the time to truly show the child HOW to act or HOW to behave is a huge problem. There is a dependency on others (for example teachers) to do the job for them. There need to be boundaries as it is not the responsibility of the educator to show someone else’s kids how they should conduct themselves at school or in any social situation. Parents need to understand this: If parents took the time to lay up and have their kids, then they need to take the time to understand that it is their responsibility as a parent to teach their children proper behavior and etiquette anywhere they go. And this is an issue of great concern. Bullying and school violence have shown over the years that these problems begin at home. Parents are too quick to disregard these issues as being “normal” or “It’s just kids being kids” but when it gets out of hand, parents begin pointing fingers at others (namely teachers) to blame and all for the parents lack taking the time to be accountable.

Dr. Michael Robinson: Should good parents be responsible for the bad behavior of their kids in school?
Dr. Andrea Peoples Marwah: Good parents should be held responsible for the bad behavior of their kids in school. If good parents would understand that behavior management starts at home and it begins with the parent taking the time out of their busy schedule to teach their kids etiquette in society, then yes, they should be held responsible for when their child displays poor decisions at school that not only negatively impacts the instructional time of the teacher but also negatively impacts the learning of their peers. There is a huge problem when “good” parents believe that they should not be held accountable. Accountability is responsibility. And if parents don’t model accountability, then their kids displaying these negative behaviors are not modeling accountability and they have no concept of what true accountability is. That is the fault of these “good” parents. And again, it is not the job of the educator to take instructional time away from other students who model good behavior. Clearly, these students who model acceptable behavior were taught life’s lessons at home and their parents showed consistency with establishing behavior management throughout their lives (regardless of whether a child comes from a single-parent household, two moms, two dads, etc.) and continued to teach that child as he/she advances in age. It amazes me how some parents will use the excuse of home situations to justify (and sadly glorify) their child’s lack of behavior skills.

Dr. Michael Robinson: How can or should educators assist parents who are struggling with the behaviors of their children?
Dr. Andrea Peoples Marwah: Educators have enough on their plates with teaching students from the morning they step foot on campus until they are at home and sometimes past the hours of getting home. Educators are not meant to be on call. Teachers already deal with having too little time to get quality instruction to students in addition to being bombarded with a duty that some “good” parents so willingly pass onto educators and construct reasons why we should do the parent’s job. While it is our jobs to teach students areas of academics, it is not the job of the educator to assist parents who have children with bad behaviors. This begins at home. If parents believe it is a part of the teacher’s job to raise their kids, then this is an easy way out for them to not be accountable for the child’s behavior and them trying to pin it on someone else. This fulfills the false notion that teachers are “glorified” babysitters which we are not – we are educators meant to pass the knowledge onto your child and teach them the applications of how academic knowledge occurs in life. Additionally, many of these bad behaviors need intervention which entails psychiatry and psychology and some educators are not certified in those areas. The assistance of a psychologist and/or of a psychiatrist needs to be recruited if behaviors are so severe that it impairs not only others around them but also the child causing distraction.

Dr. Michael Robinson: What should the role of the parent be regarding student behavior in the classroom?
Dr. Andrea Peoples Marwah: Parents have the role of being a parent 24 hours a day seven days a week and it should never stop and be handed over to another adult because that parent doesn’t know how to deal with raising their kids or in some instances just refuse to be a parent. As an elder once said to a parent of mine years ago, “You laid up to have the child, then you need to own up to your responsibilities in raising that child and it begins at home.” Parenthood is not a “sometimes” job. Parenthood is an all the time, around-the-clock responsibility. In other words, you are on the clock as a parent and there is no break for you around the clock as a parent. Bringing kids into the world just to say one can have kids or just to show them off as tokens of what can be done biologically is absurd. A parent’s role is a serious role, a pivotal role, and a lifelong role not to be taken lightly. A parent’s role is to raise their child to respect their space, respect their place and respect each other. If families realize their kids have deep-seated issues going on, it is the job of the parent/s to recruit the help of those that are certified to get that kind of help whether it’s a psychiatrist or a psychologist or a religious figure. Teachers may skim over behavior in classroom expectations but as far as taking on the job of raising your kids, that’s a whole different situation that is not meant to be a part of the teacher’s job description. That is the job description of being a “great” parent.

Bio
Dr. Andrea Peoples-Marwah is well known in education and research. Trained as a Biologist, she has 27 years of teaching experience in the sciences incorporating her research within Multiple Intelligences. Andrea has made numerous contributions to education organizations across the United States, abroad and within her community. She holds a Doctorate in education, administration, and policy studies from The George Washington University, Washington DC.  She currently spends her time between the San Francisco Bay and greater Los Angeles areas.