3 Questions
Barbara Ingram-Edmonds
Parental/Family Engagement and Does It Really Matter in Student Achievement? 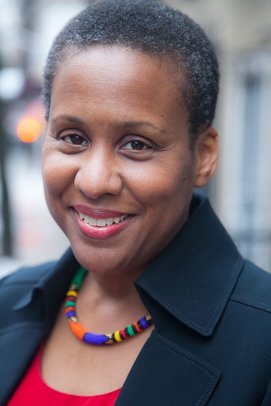 @learnforhope
​Dr. Mike Robinson, host of 3 Questions interviewed Ingram-Edmonds regarding Parental/Family Engagement and Does It Really Matter in Student Achievement.

Barbara Ingram-Edmonds has spent over twenty-five years working for District Council 37. She has worked in various capacities supporting trade union, human rights and working people’s issues. Ms. Ingram-Edmonds is currently the Director of Field Operations. In this position, Ms. Ingram-Edmonds oversees the six divisions and Safety and Health Department which provide the day to day servicing and representation of members employed by New York City government, libraries and cultural. She also oversees the internal organizing and coordination on a range of issues impacting the membership with labor unions, community organizations and political allies.

She is the coordinator for the health care initiative involving the unions that make up the workforce of 30,000 union represented employees of the NYC Health & Hospitals Corporation called the Health Care Education Activist TEAM (HEAT).

Ms. Ingram-Edmonds has a bachelor of science degree from Cornell University and a Juris Doctorate from New York Law School. Ms. Edmonds is married and has three children who have all attended the WW-P School District. She has lived in the school district for over a decade and is active in the African-American Parent Support Group and a number of community and civic organizations.