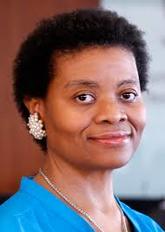 Computer-based instruction increased significantly with the introduction of fifth generation technologies, such as the microprocessor, in 1971 and the first personal computer in 1975. By the last decade of the 20th century, a growing number of computers had synchronous and/or asynchronous communication capabilities as well as the abilities of color graphics and sound (Bates, 2003; Moore & Kearsley, 2005).

Computer-based instruction also expanded with the development of authoring languages as well as educational software with more people having access to computers (e.g, according to the United States Bureau of the Census (as cited in Moore & Kearsley, 2005) by 1989 half of all children in the United States had access to a personal computer either at home or in school). Finally, computer networking, beginning in the 1960’s, and the arrival of the internet, in the 1990’s, enabled web-based instruction with more universities offering entire degree programs online (Moore & Kearsley, 2005).