Shares His Perspectives on the Death of Michael Brown, Jr., Ferguson and Education 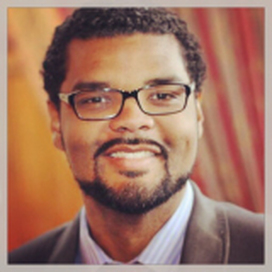 Follow me @AntonioFrench
Living Education eFocus News explored the state of Ferguson/St. Louis, Missouri after the shooting  death of Michael Brown, Jr.  by Ferguson police officer Darren Wilson and the civic unrest that followed with St. Louis Alderman Antonio D. French.  Alderman French is serving his second term as the Alderman of the 21st Ward, representing parts of the neighborhoods of Penrose, College Hill, and O’Fallon, where he was born and raised. Prior to becoming Alderman he served the 21st Ward as the Democratic Committeeman and managed numerous winning political campaigns as the president of his own consulting firm.

During his time on the Board, French, one of the youngest city aldermen, has earned a reputation for passionately serving his ward and creating new initiatives to improve the quality of life in north St. Louis. In 2010, the Riverfront Times named him “Best Local Politician”.

French’s “Block by Block” partnership with the non-profit Rebuilding Together and Boeing resulted in the rehab of more than 50 homes for seniors and disadvantaged homeowners in his ward.

In 2008, he founded a successful summer jazz concert series in O’Fallon Park, helping to revitalize that beautiful public park. This summer was its seven consecutive year. In 2010, French passed a bill creating a public arts trust fund in the city.

To hear the entire interview click the link below.