Terry Artis
Founder
Show-Me Sound Organization
The State of St. Louis Missouri and How Education Can Change The Narrative 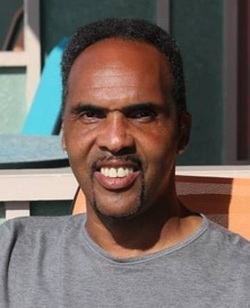 Living Education eFocus News discussed the recent death of Mr. Michael Brown, a graduate of the Normandy School District by a police officer for the City of Ferguson, Missouri with Mr. Terry Artis, an educator and community leader. Mr. Artis, is an elected Board of Education member for the former Normandy School District located in St. Louis, Missouri.  He is also the founder and executive director, Show-Me Sound Organization. Mr. Artis provided candid responses to our questions regarding the state of  St. Louis, Missouri and what role education has in changing the current narrative for students of color and their communities. Mr. Artis also offered his perspective on the reactions of  various communities surrounding Ferguson regarding the death of Michael Brown, an unarmed teenager who was scheduled to attend college the day after his shooting death by a police officer for the City of Ferguson, Missouri.


To hear the entire interview click the link below.