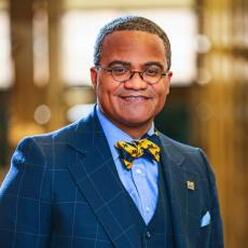 @BowtiePrincipal
As an introduction to the explanation of culturally relevant pedagogy, let me comment on the origin and nature of “cultural relevancy” as a conceptional model and theoretical framework derived from the successful pedagogical practices of teachers working with African American students and students from diverse populations. First, deeply embedded in the literature on Black, Indigenous, and people of color are  deficit conceptional models and theoretical frameworks. Dr. Gloria Ladson-Billings, the originator of Culturally Relevant Pedagogy (CRP), describes deficit paradigms as the difference between teachers who believe ALL children can achieve high levels of academic achievement, including African American students, and teachers who believe African American students and other “minoritized” groups are uneducable or unable destined for underachievement due to cultural deficits, poverty, or other disabling factors that render meeting rigorous academic standards untenable.
​
The incipient stages of low academic expectations for African American students and other diverse “minoritized” groups emerged in the sociocultural context of America’s racial history. The frequent and repeated negative statements, racial theories, and biased and stereotypical histories written by mainstream White American academia who sought to denigrate the intellectual capacity and potential of Black, Indigenous, and people of color (BIPOC), laid the groundwork for the deficit theories that currently dominate the landscape of educational literature on BIPOC. Perhaps the most direct antecedent of deficit thinking was the creation of a dual education system to ensure the separate education of White Americans and BIPOC. Race, and theories of racial inferiority and superiority permeated the discussions around providing BIPOC access to educational opportunity, and the kinds of teaching and learning experiences best suited for a racially inferior population. In other words, “special education” first targeted BIPOC.


Historically, American society called BIPOC uneducable. The magical solution to providing BIPOC access to educational opportunity—albeit limited and proscribed—while also maintaining “white standards of excellence—as rigorous, high-quality education was seen by mainstream America as solely a white endeavor—was to ensure that the superior whites were not exposed to the inferior racial traits and habits of BIPOC, and the lower standard teaching and learning practices that were fashioned specifically for these populations. In other words, segregated education in America is based on the belief in the racial inferiority of BIPOC; and that these populations are either uneducable or incapable of meeting rigorous academic standards.

Today, “cultural inferiority” has replaced “racial inferiority” to explain why BIPOC fail to excel academically in American classrooms. As Dr. Gloria Ladson-Billings noted in Culturally Relevant Pedagogy: Asking a Different Question, teachers of BIPOC often asks, “What’s wrong with those kids?” Those kids, meaning BIOPC, mainstream American society perceives as racially inferior—but it is more politically correct and acceptable to say they are suffering from “cultural deficits,” “cultural of poverty,” or some other coded language used to describe a population widely considered uneducable based on mainstream standards of what it means to be an educated person. Culture or poverty can replace “race” as an explanation for the academic failure of BIPOC, but in truth, racial inferiority is often rationalized as the cause of BIPOC “cultural deficits,” the cause of BIPOC impoverished families, neighborhoods, and communities, the cause of BIPOC academic failure. Culture and poverty explanations serve as more palatable substitutes for racial theories to describe BIPOC poor academic performance. What these theories imply—whether racial, cultural, or socioeconomic—is that BIPOC are uneducable. This type of thinking is a mindset, a belief system, a way of seeing, understanding, interpreting, and explaining the academic performance of BIPOC.

What is Culturally Relevant Pedagogy and why is it important to the teaching and learning experiences of BIPOC? Let us start with a definition. Culturally Relevant Pedagogy (CRP) is conceptual model and theoretical framework that seeks to challenge deficit thinking by implementing teaching and learning practices that empower students intellectually, socially, emotionally, and politically by using cultural referents to impart knowledge, skills, and attitudes. Dr. Gloria Ladson-Billings placed “mental liberation” from racial, cultural, and poverty theories as central to the effective teaching of BIPOC. In other words, Ladson-Billings is challenging the belief system—both historical modern—that it is impossible for BIPOC to experience academic success in American classrooms. In her research, Ladson-Billings was able to deduce broad teacher characteristics from her study of teachers successful at teaching BIPOC. Ladson-Billings determined that how these teachers thought about themselves as teachers of BIPOC, and how they thought about BIPOC as human being, as students, and as positive contributors to American society influenced the types of teaching and learning experiences enacted in their classrooms.

The construction of theoretical framework derived from authentic teaching and learning experiences involving BIPOC led to the identification multiple aspects of student-centered learning practices that spurred high levels of student achievement and the implementation of a classroom “cultural environment” supportive of students’ cultural, racial, and ethnic identities. In addition to demanding academic excellence and reinforcing o need for students to put forth academic effort, these teachers called for students to develop critical consciousness or to engage critiquing American society and challenging societal inequalities and injustice. In turning to the social justice component of education, Ladson-Billings outlined the argument that “it is not enough for students to choose academic excellence and remain culturally grounded if those skills and abilities represent only an individual achievement.” Ladson-Billing’s culturally relevant framework posits the need for the development of students as global citizens, active agents of change, and civically inclined citizens critically engaged with the problems and issues impacting their communities.

How are teachers to achieve the goal of being culturally relevant practitioners? Ladson-Billings proposed three main components of Culturally Relevant Pedagogy: (a) students must demonstrate academic competence, (b) students can maintain their cultural/racial/ethnic identities as well as academic success, and (c) students must develop a broader sociopolitical and economic consciousness that allows for them to critique society. Empowering teachers in this three-prong process of teaching and learning as the decision-makers to make excellent, meaningful, and culturally relevant instructional choices that support BIPOC in demonstrating the three identified learning traits is the key to effectively implementing culturally relevant classroom practices.