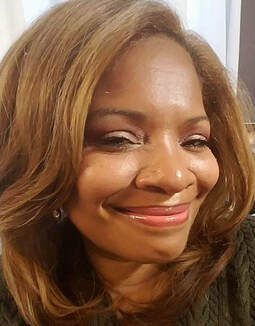 @CAleaseWriter
Dr. Michael A. Robinson: What has driven your academic scholarship?
Dr. Cynthia Alease Smith: By my drive for academic scholarship, I assume you mean my drive for academic achievement, especially to the level of a doctorate. If this is the case, it was purely personal, since I retired before I finished my Ed.D, and prior to attaining that degree, I had not been involved in any way in Education, having been a technology professional and writer for many years.  Within the set of personal reasons, however, being a writer and specifically an African American writer, I am aware of the ongoing segregation of writing on account of race in this country, from screenplays to novels, articles in magazines and scholarly research articles in journals.

Another reason is that my work as an anti-racism essayist demanded a credential as an educator inasmuch as the nature of what I convey to my readers requires scholarly and historical research and references from time to time.

Still another motivator or driver was my mother’s focus on education as a means to succeed in a racist country; my desire for my mother to have two children at the doctoral level. This was one of the primary reasons. Finally, my zeal for lifelong learning is an ongoing intrinsic motivator.

It is important to explore the impact of all perceptions, especially those based on stereotypes and individual biases of what is relevant, important, interesting and valuable in African American writing.  In addition, the concept of what is considered acceptable may have a significant impact on how African American writing styles are perceived.  There should be much more study on these perceptions as well as differences if any exist, because the information gained through more in-depth studies into these perceptions may assist in understanding the African American culture and provide deeper empathy into its richness and diversity as a whole.

When you consider Biographers, philosophers, educators, novelists, essayists, screenwriters, journalists, poets and others who make a living through writing shape the various discourses that have existed for thousands of years as well as today in American culture, and when considering the extent to which writing has contributed to the successful professional careers of millions of people in the arts and has advanced pedagogy and research, policy and practice in the Academy, you begin to get the significance of the research and the study for graduates of English and Writing programs at colleges and universities who enter the various fields of writing and journalism who have the potential to make countless important contributions within American society.”

Dr. Michael A. Robinson: Who were a few of the researchers you cited in your study and their significance to the literature?
Dr. Cynthia Alease Smith: There are few scholarly references or studies that deal with perceptions by the mainstream of the writing of African Americans.  Most of the literature relates to linguistics and language, their differences and social as well as cultural ramifications.  However, studies on the effects of students and other individuals with regard to differences in vernacular are abundant. Due to the relative lack of scholarly research on the subject of my study, I used writers themselves, such as James Baldwin, L. J. Alonge, Leonce Gaiter, Hanifa Barnes, and Toni Morrison.  In terms of Linguistics, I found Bloomfield (1933), who explained writing as the symbolic representation of linguistics; that “words are the linguistic units first symbolized in writing.” I delved into linguistics, and AAVE, Citing Bucholtz & Hall, (2005). I also included Davilia (2012) who discussed “the creation of semiotic links between linguistic forms and social meanings” (Davilia, p. 183) and indexicality, which can have a negative impact on identity, since there is a potential for it to be used as “linguistic profiling,” stereotyping and even to the extent of “justifying inequality” and “perpetuating oppression” (Davilia, p.183).  Since linguistic patterns of language contribute to written composition, and identity may be tied to linguistic profiling, then it stands to reason African Americans may be adversely impacted by stereotyping caused by such profiling when writing using their own linguistic patterns.  Of course, the dissertation went into much greater detail about AAVE, Critical Race theory, and other important issues, code-switching, pseudonyms and passing for white.

Dr. Michael A. Robinson: Were there gaps in the literature your research assisted in closing?
Dr. Cynthia Alease Smith: I believe my study created an opening in the study of African American writing, where a study in perceptions and the relationship between perceptions and the system of racism in America relating to writing still exist. Literature and writing are still some of the most quietly segregated areas in the country. Therefore, contrary to closing gaps, I think I created a new one which hopefully will lead to the scholarly research designed to ask more questions and open the area of study wider.

Dr. Michael A. Robinson:  Outline your research methodology and why you chose that approach?
Dr. Cynthia Alease Smith: Both quantitative and qualitative methodologies served as the focus for the design for the research for my study. The qualitative design for the study consisted of 14 interview questions on the subject of writing as an African American or being an African American writer.  The study sought to collect interview responses from eight (8) writers from various areas and professions recruited through LinkedIn and Facebook social media platforms.  The 14 interview questions were centered around the respondents’ personal experiences as writers, their perceptions, and their challenges faced as writers.  The questions also dealt with subjects discussed in the Introduction and Literature Review of my Dissertation, such as racial code-switching, racial biases, etc.  The respondents were also asked to expound within any of the questions and add more detail to their responses or to offer additional insight into the questions posed.

For the quantitative design, a Likert-style survey was created on the Survey Monkey online survey application platform consisting of seven (7) demographic questions:  (1) Gender, (2) Race, (3) Religion, (4) Age, (5) Income Level, (6) Political Affiliation, and (7) Education, and forty-four (44) statements following specific themes of the study.  The themes of the survey were: (1) Are there differences in the writing of African Americans? (2) What are your perceptions and attitudes about African American writing? and (3) What are your personal feelings/attitudes about race? The first theme was taken directly from one of the research questions.  The second theme concerned general perceptions and the third theme dealt with racial attitudes, potential biases and stereotypes.

Therefore, of the perceptions explored, it would appear that in the 21st The most significant findings in the quantitative research were that among both racial groups surveyed:
•    Differences do in fact exist with regard to African American writing,
•    Both African Americans and Caucasian respondents who completed the survey agreed with the majority of the statements as to their perceptions of African American writing, and
•    Both African Americans and Caucasians held similar views about race, even to the extent of stereotypes and biases. And among the writers interviewed.
•    Most the interviewees believed that the biases and stereotypes that exist generally for African Americans impact the challenges they face and that historically negative stereotypes and attitudes persist today and extend to mainstream acceptance of their writing.
•    The writers interviewed for the study believed that their identity as African Americans drove perceptions of their writing, in terms of publishing in academia, entertainment, business and other forms and areas of writing, however, much more research in this area is indicated.

Dr. Michael A. Robinson: Did your research create implications or recommendations?
Dr. Cynthia Alease Smith: Studies into the efficacy, acceptance, and relevance of African American writing in general as well as particular writing styles, and investigating what constitutes acceptance, relevance, and value in writing to readers and influencers in the mainstream. Another important area would be to study the impact of race and African American writing and other issues facing African Americans desiring to enter the various fields of writing. An additional area would be a more scholarly study into racial stereotypes, biases, and discrimination in academia, entertainment and business in America as it pertains to African American writers and their writing.  Focus groups conducted to discuss and help explain data garnered from research on the topic as well as writing in an ever-changing technological environment of new media and the Internet are also recommended.

Dr. Michael A. Robinson: Was there a Research Nugget, something you did not expect to find?
Dr. Cynthia Alease Smith: Hanifa Barnes, a contemporary African American writer in this century wrote of the concern she had for how she was perceived as a writer:

“Was I too white or too black? Did I use the right word choice? Were my subject and verb agreement intact?” While the gist of the article she wrote was on language, the impetus to write the way one speaks and the concern for identity perception and acceptance is a reality for African American writers. Ms. Barnes stated a concern that is echoed by many African Americans in terms of perception, that “minorities tend to adjust speech and behavior to fit the situation in order to avoid profiling and negative perceptions (Barnes, H. 2015). Indeed, Ms. Barnes believed that the ability to code switch was a “masterful skill” and a “delicate balancing act” (Barnes, H. 2015).

Why would Ms. Barnes hold the perception of her writing to the extent that she felt she had to maintain a certain vigilance in producing the “right” word choices and a consistent cognizance of her grammar?

When we understand the importance of writing as an expression of our thoughts and ideas and we understand that writing has contributed to the successful professional careers of millions of people in the arts, we have to ask ourselves why writers like James Baldwin held those sentiments.

As a student of writing studies in graduate school, the experience was a series of situational proving grounds where my writing was most often at issue in terms of its authenticity or qualification by my professors.

Sometimes compliments on my writing were followed by the caveats that I must have had to help or had not written the work myself. Essentially, my writing was scrutinized, in my view, more stringently then my Caucasian cohorts and the constant need for validation through external sources was consistently applied to my papers. I am not referring to Academe’s requirement for referential proofs, I am referring to the kind of validation derived from the use of words that I have come to differentiate as softners, such as  “may,” “should,” “probably,”  and “might,” as replacements for more assertive words like “is,” “are” and “definitely.”

One of the major lessons I learned in my writing studies program was that the use of these softening words allowed me to write without a shred of personal authority and presence and still retain the context of my thesis, albeit to the exclusion of my dignity at times. My doctoral program experience was not very different from my graduate experience.   In writing my IRB proposal and dissertation, I found that when I opted for these softener words, they were treated as more acceptable choices and less likely to be overly scrutinized or requiring additional qualification and validation for my writing to be determined credible.  I came to realize that my use of more assertive wording implied perception of credibility and acceptance still foreign enough and too far between the acceptance that I should consider for myself, even after having attained the credential as a master in the subject of writing.

This means there is still a great deal of work to do to open up the subject of African American writing in a racialized America for this century and beyond.