Can you outline the differences between equity and equality?
Dr. Raphael Crawford @DrRaphaelC 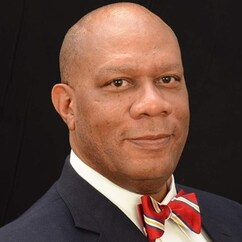 Equity and equality are idealized mischaracterizations of an America that never existed. The United States of America was founded on inequity and inequality. As a country established with institutionalized racial violence and discrimination, the USA lacks the moral compass to acknowledge and atone its past and continuing indiscretions. Disingenuous discussions of equality are futile when legislators, politicians, and power brokers continue to create laws and systems that guarantee inequity towards racially minoritized people.

True equality cannot be achieved in a place where equity does not exist. Pragmatically speaking, equity removes barriers and levels the playing field by addressing and eliminating deficiencies and ensuring access to and availability of resources necessary for independent growth and survival. Equity focuses on the fair and just provision of opportunities and resources necessary to build and repair minoritized people, communities, and institutions that result in a self-sufficient and independent capacity to participate fully and thrive in America. Whereas equality aims to share, often limited, resources across a broad continuum of recipients with the notion of fairly distributing those resources, in equal parts, amongst recipients. Equality assumes recipients to be equal with respect to access, capacity, and resources.

Racial discrimination, unjust legislation, and environmental and socioeconomic violence against minoritized non-white citizens remain tenets of American society. The insistence on maintaining Whiteness as the standard for “American Values,” to which everyone must ascribe while minimizing, omitting, and whitewashing the experiences of Black people makes it completely impossible to have an America that embraces equity and equality as part of its creed. Black people have had to contend with extreme cases of widespread urban blight and urban decay, resulting in the long-term effects of economic inequity. Government-backed inequities led to redlining, lack of home ownership and affordable housing, redistricting, environmental racism that caused life-ending illnesses, gross health disparities and lack of access to care, inferior school funding formulas, withdrawal and withholding of urban community development funds, interstate freeways built through Black communities that separated them from economic centers, and a plethora of racially violent inequities that created devastation and destruction for Black families, businesses, and communities. Preserving racial inequities ensures that Whiteness is maintained.

In 2021, we are still subjected to racist Republican-sponsored voter suppression laws that deny even more Black people the right to vote. Massive and hostile gentrification forces Black people from their family homes and communities. Violent Republican-led legislation erases the truth about Black contributions and historical experiences in this country. America never wanted an equal and equitable society or schools. Whiteness refuses to support schools that graduate Black students who compete with and excel higher than white students. In the race to re-open schools during the COVID-19 pandemic, the inequities between majority Black and majority-white schools were blatantly obvious. Yet, there was no discussion or insistence on educational equity.

The United States of American has proudly and willfully maintained a system of government-approved and sanctioned inequity and inequality as it relates to Black people. America is a hypocrite. Devastation, destruction, and division are effective strategies used in the war against Blackness. And Whiteness will never voluntarily relinquish its privilege or concede to equity and equality.


Raphael Crawford, Ed. D. is a former Tennessee Highly Effective principal who currently mentors school leaders and serves as the chief consultant for educational reform and organizational leadership with The Crawford Group.  During his tenure as a school leader and “turn-around” principal, he was appointed as a Tennessee school district leadership trainer for the Tennessee Educator Accelerated Model and Tennessee Common Core State Standards.    Dr. Crawford's school was selected for a visit by former President George W. Bush, and his leadership while improving a formerly low-performing school was also recognized by Tennessee Governor Bill Haslam. During his tenure as a highly respected principal and educator, Dr. Crawford worked closely with parent groups and community leaders to significantly increase family and community involvement with schools, to reduce suspension rates, and to increase students' academic achievement.  His niche was working with men and increasing their involvement in schools.  Dr. Crawford has served as a teacher, elementary and middle school principal, a mentor principal, and as a middle school coordinator for prevention and school safety.  ​