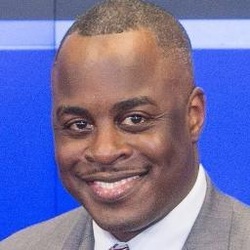 Powell’s past commentaries on leadership, organizational strategy and mentoring can be found in the New York Times, Black Enterprise, the Costco Connection and other leading national publications. He has been honored by numerous organizations, including being recognized by the White House as a “Champion of Change Following in the Footsteps of Dr. Martin Luther King, Jr.”

Q. How is Your Work Changing The Narrative?
My work changes the narrative; in a world where apathy is on a rise, I remain steadfast in inspiring and reminding others what it means to celebrate the gift of “presence” by reaching back to mentor our young. Building the mentoring capacity of corporations, and institutions of faith committed to creating positive impact beyond the walls of their respective buildings also sends a powerful message to communities and families in need of transformation; and I take great pride in being a servant leader called to do this critical work. I also help to change narrative for young African American males who need to see African American men broker positive opportunities them be globally competitive. Mentors help children to achieve “their” dreams; and as actress Lupita Nyong’o so brilliantly reminded us during her Oscar acceptance speech, no matter where we’re from, are dreams are valid.