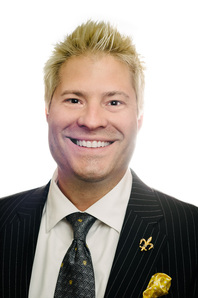 @michaelpmarsh
1. LEeM: What is the Fair Housing Act of 1968? How is it relevant today? And what are the seven protected classes as outlined by the Act?
Michael P. Marsh:  Title VIII of The Civil Rights Act of 1968 (Fair Housing Act), as amended by the Fair Housing Amendments Act of 1988, prohibits housing discrimination based on race, color, religion, national origin, sex, familial status, and disability. In passing this law, Congress made equal access to housing opportunity the policy of the United States. In the 46 years since the passage of the Fair Housing Act, our country has made progress in building more inclusive communities across America, but some landlords, real estate agents, mortgage lenders, insurance companies, and communities still try to limit or deny equal housing opportunity.

The Fair Housing Act was passed one week to the day following the assassination of Dr. Martin Luther King, Jr.  Prior to Dr. King’s assassination, the bill had been languishing in Congress.  In response to the riots and infernos that erupted in our country following Dr. King’s assassination, Congress passed the Federal Fair Housing Act to end housing discrimination and to end segregated living patterns.  The Fair Housing Act is relevant today because individuals and families still encounter housing discrimination, and our neighborhoods remain largely segregated by racial composition despite the many achievements that have been made.  Opportunities are tied to where we live.  For example, where we live determines our access to healthcare, education and employment.

According to report results, fair housing complaints, amounting to 27,352 in 2013, have remained relatively steady compared to recent years. The U.S. Department of Housing and Urban Development estimates that the number of reported complaints represents less than one percent of the four million instances of housing discrimination that occur each year.

Private fair housing groups received an increase in complaints of discrimination in real estate sales, homeowners insurance, and in housing advertisements. These groups also increased their systemic fair housing work, taking on harmful zoning practices against people with disabilities in addiction treatment facilities; pervasive discrimination against deaf and hard of hearing apartment seekers; and residency preferences that keep families with children people of color out of neighborhoods of their choice.

3. LEeM: When families are denied access to housing, as the result of a fair housing violation based on the protected classes, a fair lending issue or some other form of housing discrimination how are communities impacted?
Michael P. Marsh:  Travis Walden does an excellent job of explaining the rippling effects housing discrimination has on individuals, families and communities in an April 2014 Think Progress article.  He explains that housing discrimination is a systemic part of the American economy and a systemic part of American culture. It is a business strategy employed by Wall Street banks and smaller firms alike. It is, in many ways, a plague perpetuated by the policies of the very United States government charged with keeping it from happening and punishing those who practice it.

The most obvious housing discrimination practice from banks and lenders is a process known redlining, named as it is because lenders draw “red lines” around certain neighborhoods — often predominately low-income and minority — where they don’t want to offer mortgage services. Lenders also regularly practice price discrimination, charging higher mortgage interest rates in such neighborhoods than they would for similarly-priced homes in other areas. The Federal Reserve in 2013 said that in addition to perpetuating discrimination, both of these policies made the housing collapse and financial crisis worse, especially for black families, who were twice as likely to enter into foreclosure during the recession as were whites.

Even when banks and lenders don’t practice obvious discrimination — and incidents of such are decreasing — they figure out ways to keep it going, primarily by telling potential black buyers about fewer homes and showing them fewer homes available for purchase. A 2013 Department of Housing and Urban Development study, in fact, found that lenders told black families about 17 percent fewer homes and showed them 17 percent fewer too, relative to potential white buyers.

All of this makes home ownership more costly for minorities, and one of the major effects of that is lost wealth. Housing plays a direct role in the accumulation of wealth, and discrimination has widened gaps between whites and blacks. Over the last 25 years, the wealth gap between whites and African-Americans has tripled, and access to equitable housing plays a huge role in that. According to a study, whites are “more likely to live in a place where home equity rises more quickly,” and the gap perpetuates itself, as white families, based on the wealth they've accumulated in part through housing, are better able to provide assistance to their relatives to help buy home.


BIO:
Michael P. Marsh is a Certified Fund Raising Executive and civil rights champion who has been with the Toledo Fair Housing Center since 1997.  As the President & CEO, he is accountable for the strategic vision and successful operation of the agency and ensuring that the agency remains mission driven, while overseeing an annual operating budget in excess of $1.5 million and a staff of 15 persons. Mr. Marsh has been successful in building relationships with local, state and national media, resulting in extensive coverage of fair housing issues and has appeared on numerous radio and television programs.  He has been interviewed for articles in local, state and national publications.  Mr. Marsh serves on the National Enforcement Advisory Committee of the National Fair Housing Alliance and has supervised multiple Fair Housing Initiatives Programs funded by the US Department of Housing and Urban Development. Mr. Marsh has extensive community development experience, most recently creating the MLK Inclusive Communities program that consists of three initiatives:  a roof replacement grant program in partnership with the Lucas County Land Bank; a home accessibility modification grant program in collaboration with the Ability Center of Greater Toledo; and an emergency mortgage assistance grant program administered by the Fair Housing Center.