Parent Talk Live
Dr. Nekeshia Hammond
A Crisis in the Water:
The Long-Term Effects on the Physical and Psychological Health of Children in Flint, Michigan
​ 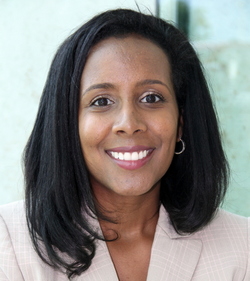 Dr. Mike Robinson, host of Parent Talk Live  spoke with Dr. Nekeshia Hammond about The Under  Discussed Long-Term Effect on the Physical and Psychological Health of the Children of Flint,  Michigan.

Dr. Nekeshia Hammond is a licensed psychologist and owner of Hammond Psychology  & Associates, P.A.   Her current focus is completing psychological evaluations (Gifted,  learning disorders, ADHD, depression, anxiety, etc.).   She is heavily involved in  community endeavors with a motto of “give back” in addition to her private practice work.  Dr. Hammond has also been a contributor for WFLA News Channel 8 and a contributing  writer for Tampa Bay Parenting magazine.  In August 2015, Dr. Hammond was one of 25 psychologists in the country to receive the Early Career Achievement Award from the American Psychological Association.  She was also one of 30 individuals selected out of hundreds of applicants in October 2015 to receive an Up and Comers Award from the Tampa Bay Business Journal for the Under 40 years old category.  Dr. Hammond is honored to consult with the media to increase public education about mental health issues, and she has been featured in Life Improvement Radio, CBS Boston, Essence, WFLA News Channel 8, Tampa Bay Times, Deseret News, Tampa Bay Parenting, AM 1150 WTMP, Ebony,  105.5 WDUV, News 4 San Antonio, and more.
​
In the community, Dr. Hammond has been actively involved with the Florida Psychological Association, where she is a key psychologist at the state and federal levels, advocating for patients of mental health and mental health professionals. In 2016, Dr. Hammond will serve as President-Elect of the Florida Psychological Association. She also serves on the Board of Directors for the Ryan Nece Foundation, where the mission is “be a beacon to teens by empowering them to impact giving in their communities”.  In 2016, she will serve on the Executive Committee of the Ryan Nece Foundation.  In addition to her Board of Directors involvement, Dr. Hammond regularly volunteers of her time at different outreach activities in the community.