Unplugged
Dr. Monica Goldson @pgcps
The Foundation of Her Passion for Education 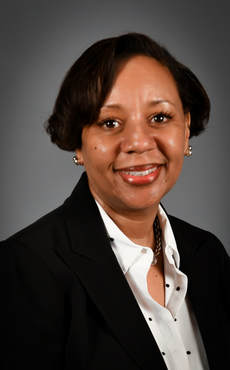 
​Dr. Monica E. Goldson is Interim Chief Executive Officer for Prince George’s County Public Schools (PGCPS). She previously served as Deputy Superintendent of Teaching and Learning where she led a team that supports schools in the areas of curriculum and instruction, special education, testing, college and career readiness, and student services.

A product of the county schools, Dr. Goldson has spent her entire 27-year career in PGCPS, steadily climbing the ranks from the classroom to district leadership. She began her career at Suitland High School with long-term plans to become an actuary. Within weeks, she knew that education was her true calling. Two years later, she was promoted to Mathematics Instructional Specialist where she provided assistance to targeted schools across the system. She also observed and assisted more than 200 secondary teachers with classroom instruction.

Dr. Goldson believes in creating experiences that propel students to their highest levels of excellence. She increased student access to dual enrollment college credit years before state legislation granted free access to such programs. She oversaw higher passing rates on Advanced Placement exams, which gained PGCPS national recognition from The College Board. Most recently, she created a process to enhance access for all eighth-grade students to the county’s premier specialty program, Science and Technology.