iBrief: Lost in the Shuffle of the Foreclosure Dilemma
﻿Michel Davis Robinson﻿ 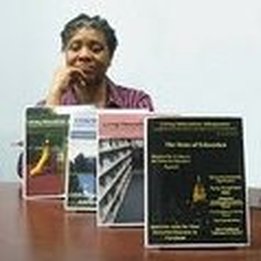 @anaturalbridge
The home foreclosure crisis has destroyed American neighborhoods and as a result it had serious impact on children. According to Harkness and Newman (2003) children do better in school when they live in stable communities. Stable communities as defined by Harkness and Newman are neighborhoods where the residents are homeowners, thus creating a sense of stability children need to develop relationships with and in their communities, to include their schools which promotes success academically.

Families with children were and remain the biggest losers in the foreclosure crisis. These families not only lose their home and the sense of stability associated with homeownership, the children are now at a greater risk of faltering academically. Poor academic development will affect their future financial security. It is reasonable to assume the children of foreclosed homeowners run the risk of becoming victims of foreclosures themselves in the future due to unscrupulous lenders, unless they can achieve academically and persist onto post-secondary success.